The day I have been waiting for, it’s time to head to San Sebastián. I have not heard a bad thing about this place and looking forward to devouring my way throughout the town for the next 3 days!

We taxied it to San Sebastián from Biarritz as it’s only an hour and the trains and buses just aren’t as convenient having to cross the border.

WHERE IS SAN SEBASTIAN?

We checked into Room Mate el Gorka, a trendy boutique hotel just on the edge of the old town. Location is everything here as you’ll spend 90% of your time in the old town eating your way through Pintxos, a synonymous way of eating in this region of Spain.

We had a bike tour organised pretty much as soon as we arrived, again a great way to get your bearings early on and a welcome break from all the food. The guide was a bit wacky and considering she was originally from Manchester her English had taken a pretty bad hit! Anyway we visited everything we had on the list apart form the 2 viewpoints, something we would do later in the day. She took us to the far end of the bay, the old house owned by Maria (now unfortunately lying abandoned), the top floor of the museum beside the bus station and then the exhibition centre and the harbour.

San Sebastian is charming, especially the old town and the promenade, however I wouldn’t waste my time with the new town. We stopped off at the house of Queen Maria Christina which was incredible. She’s a bit of an urban legend in these parts. Since living in the house she had a hotel built to have all her friends come and visit. The house was 15000sqft so I’m not sure if the hotel was necessary! If you aren’t travelling with a budge then check Hotel Maria Cristina it’s the best hotel in the city!

After that it was a quick visit the the art exhibition, cheap mans answer to a sky deck. Not a bad view either though. And then onto the exhibition centre

From here it was onto the food and as the weather was so poor for the rest of the weekend we just ate, after all that’s why you come here isn’t it. Yes the food is good in San Sebastián but the Pintxos gets repetitive pretty quickly! There are only a few which offer something different as opposed to the normal bread and cured meat. 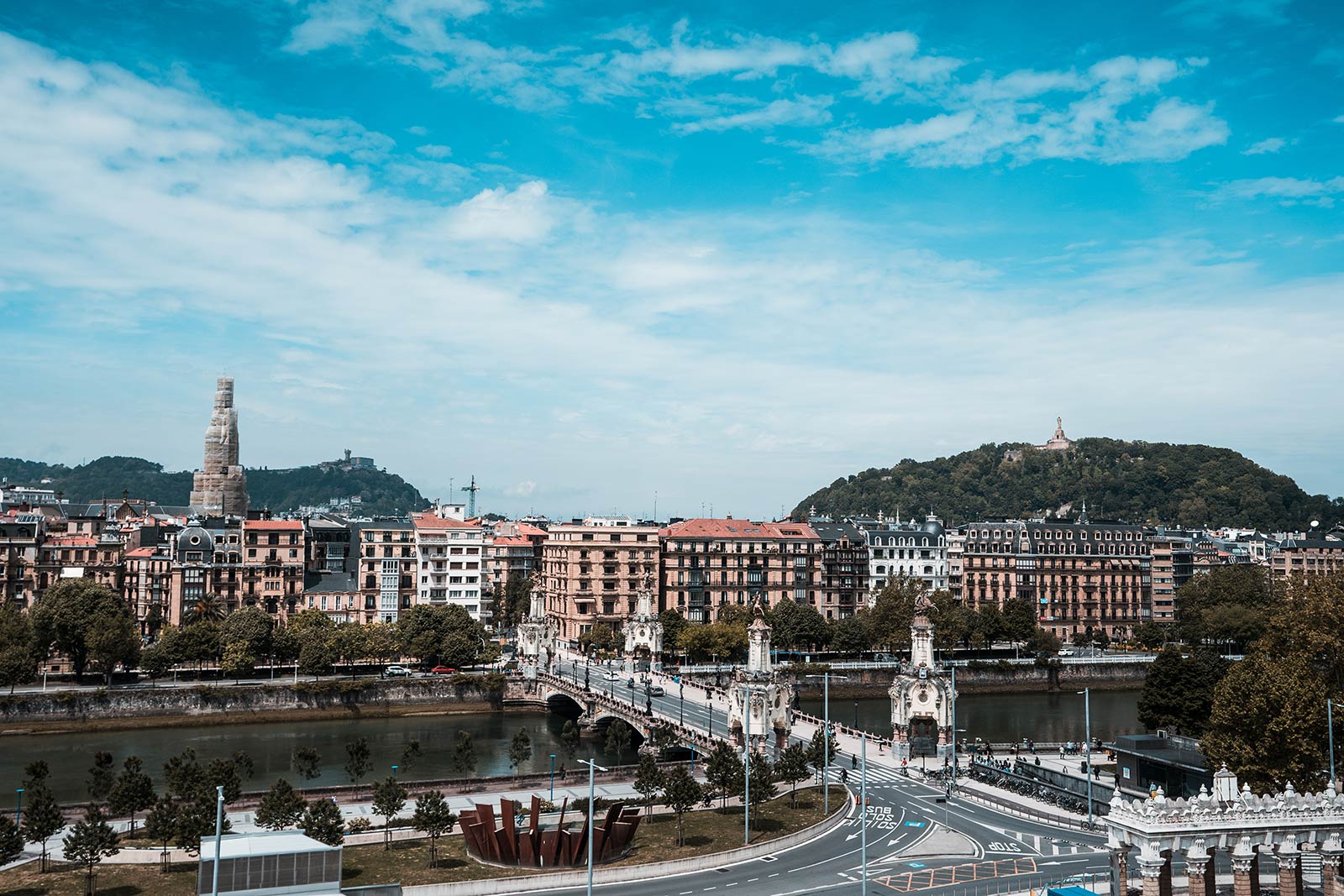 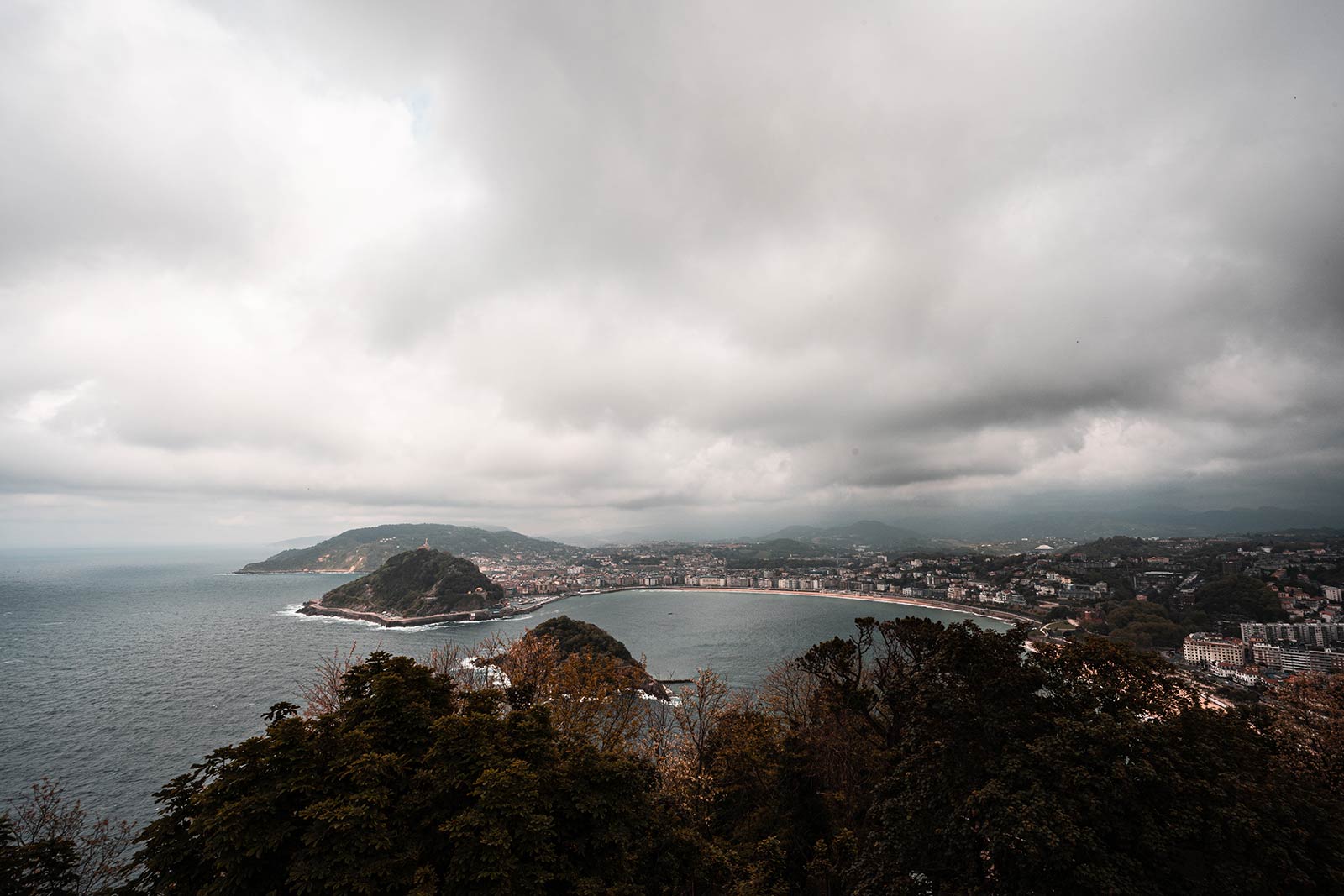 We were pointed in the right direction by the hotel again and was recommend Bordaberri. It’s one of the smaller restaurants and certainly quieter restaurants in the city, probably down to the fact that there was no food sitting out, so its easy for tourists to mistake it for a bar only. I would recommend the risotto as although it didn’t look like much it was the best thing we had. We were also recommended La Cuchara de San Telmo but it was closed, apparently it’s the same idea as Bordaberri.

We have had so much rich food this holiday, more than I’ve ever had but worth every bit! It’s clear how easy it is to get carried away going from one restaurant to another. 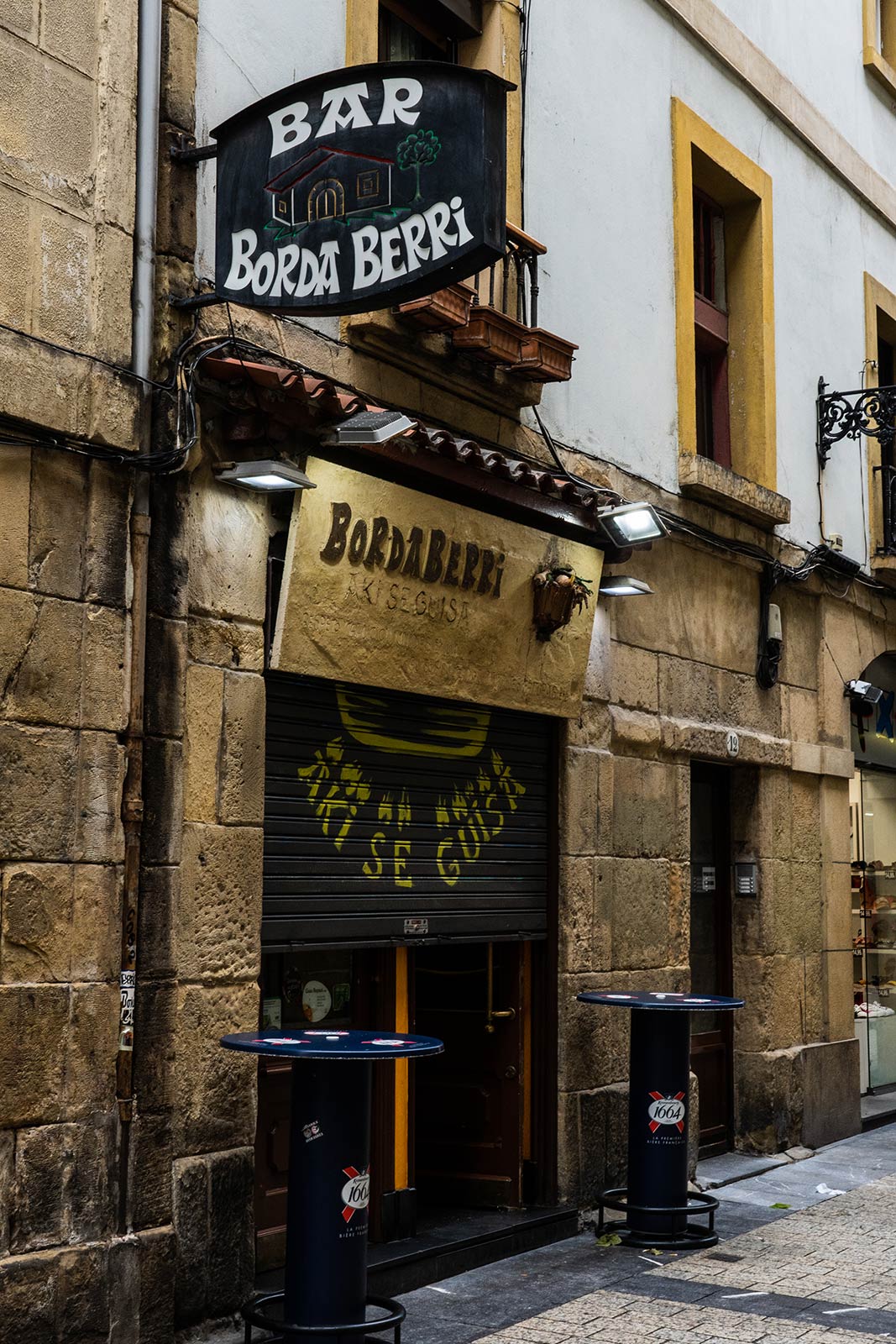 After lunch we headed to the far end of the bay again via the number 16 bus which drops you right outside the funicular. You can take the tram up to the top or walk it, it’s around €8 return. It wasn’t turning into such a good day but still dry and made for quite the view, would def recommend as it’s a great way to burn off some of the calories you’re sure to be eating!

Back to the hotel for a chill before going back out for yet some more food. We’ve decided to give the pintxos a rest until tomorrow and head to Elosta, a sushi restaurant which ticked all the boxes! 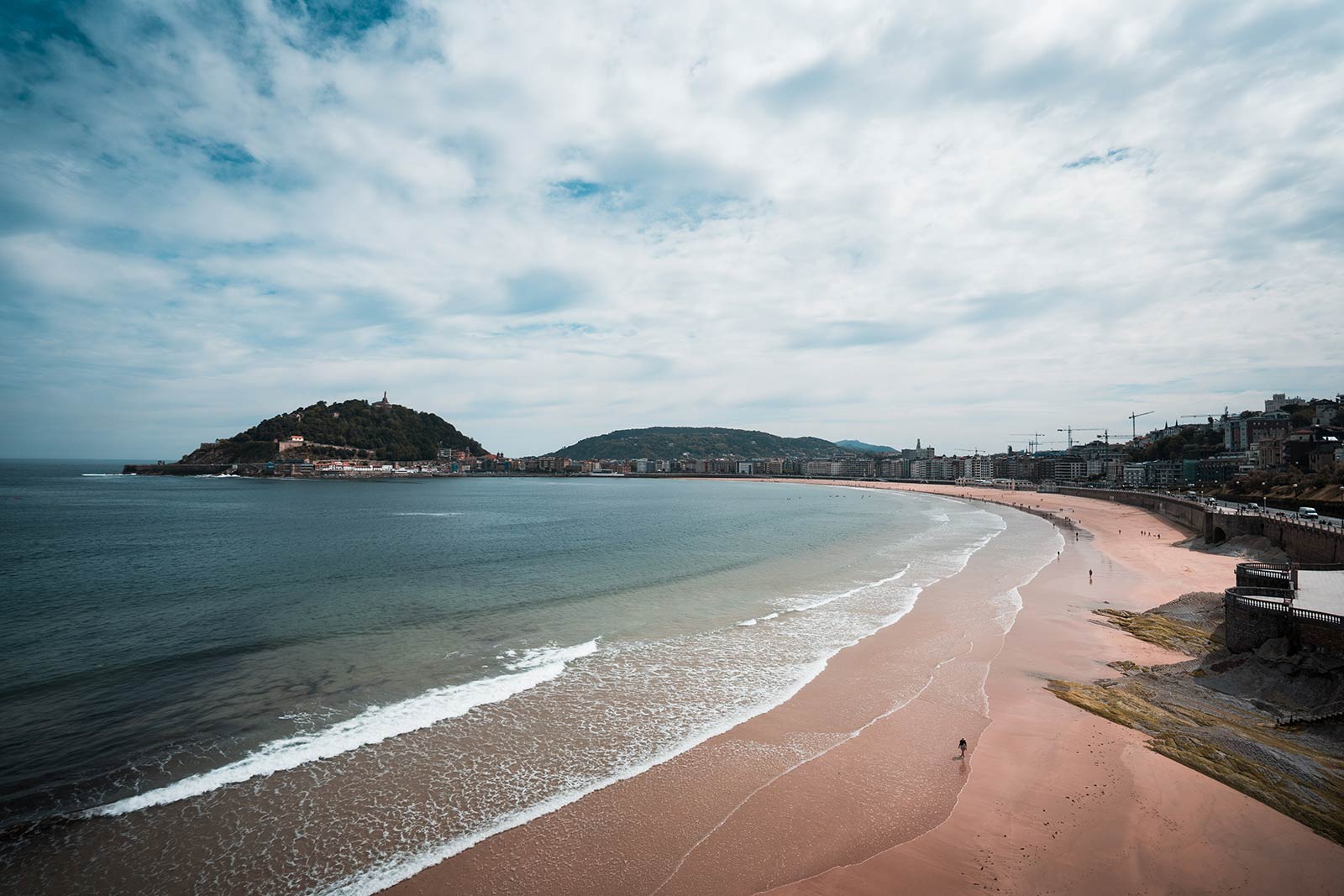 Dining at a 3 start Michelin Restaurant. Click to read. 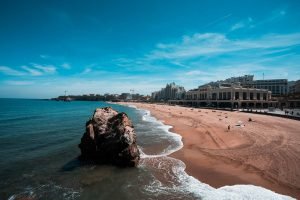 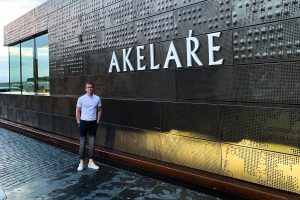 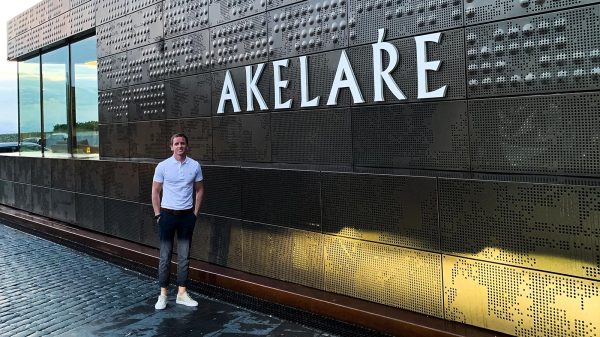 AKELARRE, SAN SEBASTIAN So it was back to another easter egg hunt in looking for somewhere…
Read more 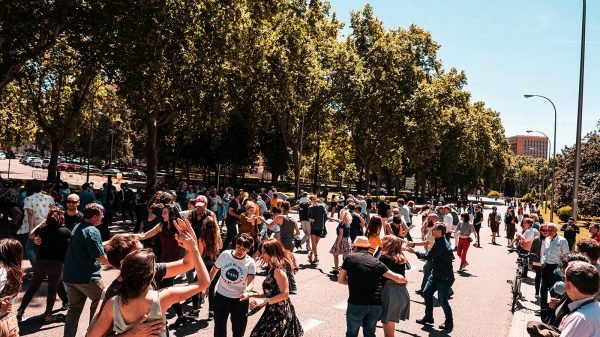 CHASING A TOUR BUS AROUND MADRID

MADRID, DAY 2 As per every morning I’m not hungover I’m up early to miss the…
Read more 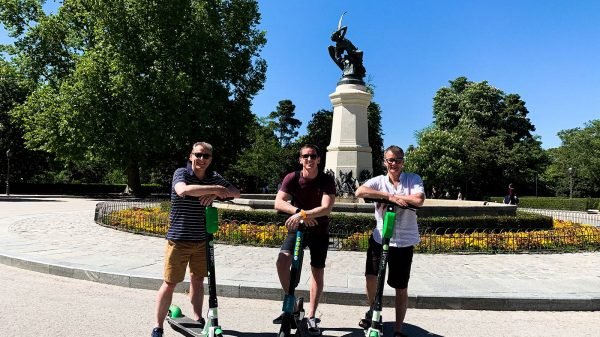 MADRID, DAY 1 Last night I arrived at Madrid, the airport being slightly further from the…
Read more