A TRIP TO THE EDGE OF THE WORLD7 min read

Apart from wanting to see what the locals are like the Edge of the World is probably the part of Saudi I’m most looking forward to.

It was the photos that completely sold it to me, not to mentioned the recommendation from my friend Jenna who lived here for 2 years. I’m meeting Chriisty, a friend who I roomed up with in Armenia just last month LINK. She currently lives 2 hours north of Saudi and said she would join for the trip so looking forward to possibly getting a local’s insight.

I choose Ghazi tours and it was as well I did as they were fantastic, so good that I agreed to write them a positive review on trip advisor 😆  Who even does that anymore? The drive was around 1 hour on the road and a further 45minutes on the dirt road where the driver would take it upon himself to do some drifting!

There was a point we were allowed to get out and hang onto the jeep, I think he was the brother of Ghazi, the owner which probably explained why no one else was taking these risks. 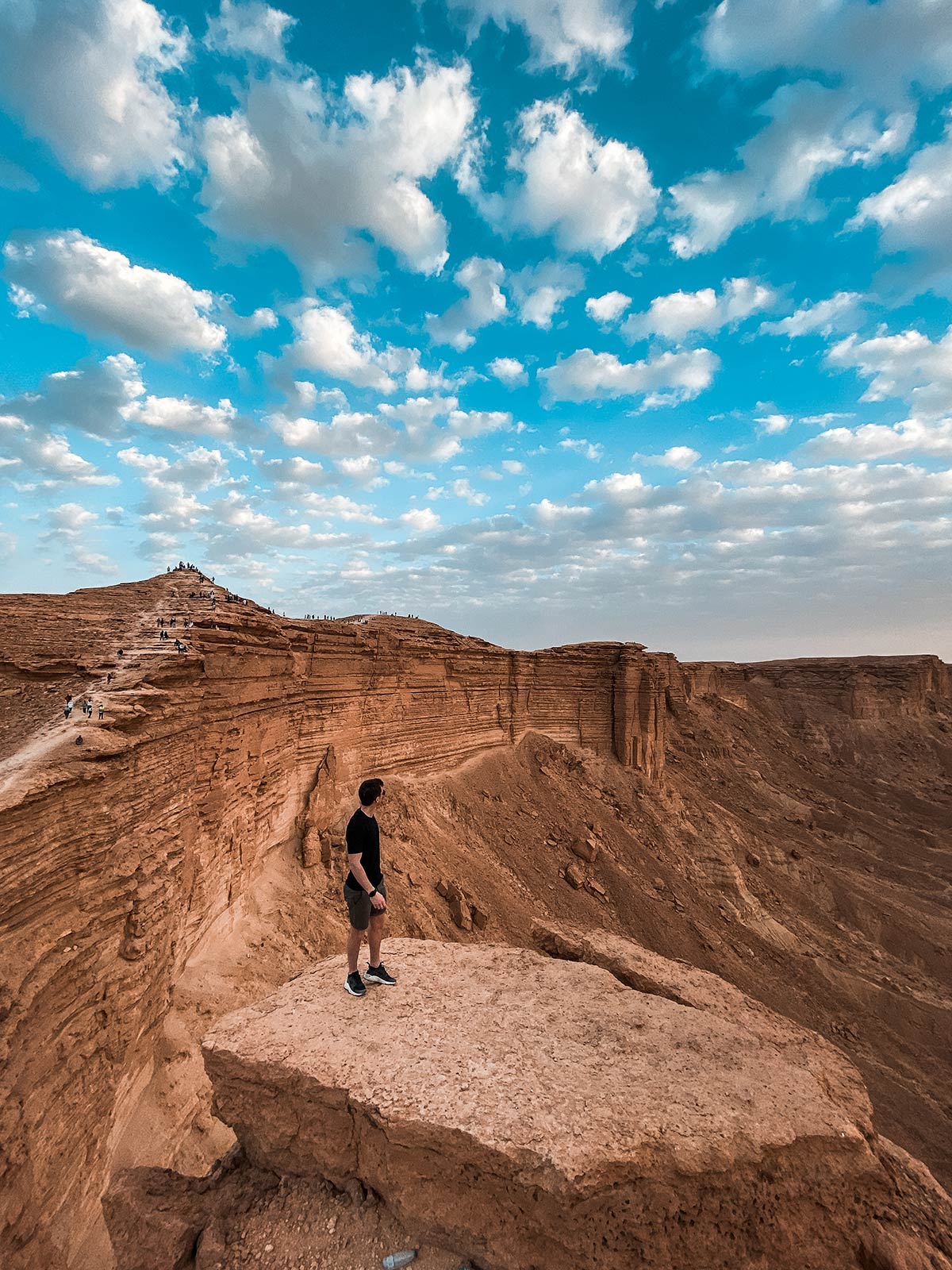 You could see it all from a distance, the entire landscape is flat right up to this cliffs where they just come up from nowhere. Arriving at the bottom of the walk you knew it was going to be impressive. Anyone is fit to do the walk as it’s a fairly gentle incline with steps. If you are afraid of heights there are always trails away from the edge.

I’m not going to mess around here – it’s dangerous. One trip or a slip and you’re gone so be careful how you walk, taking photos and generally just always be aware of what is around you.

The best views are at the far part of the walk and also during sunset. There is something beautiful about a hazy Middle Eastern sunset.

It is predominantly made up of locals, they love this place and some take their cars right up to the cliff edge, whip out the carpet, tea and snacks and just sit and enjoy it. They also love to chat to the tourists so don’t be shy in saying hello and creating some conversation.

Just before it got dark we made our way to camp. Which is another way of saying, “find a spot in the desert for everyone to sit down, BBQ and some entertainment.”

At the start the microphone was passed around for everyone to introduce themselves. Then a few people were made to get up and do a talent that they learned in their own country, its all good light hearted fun here.

After some food and a bit of Arabic dancing from the guides we set off back to Riyadh where I would get thrown out of the Granada Mall for wearing shorts, nice way to end the day! 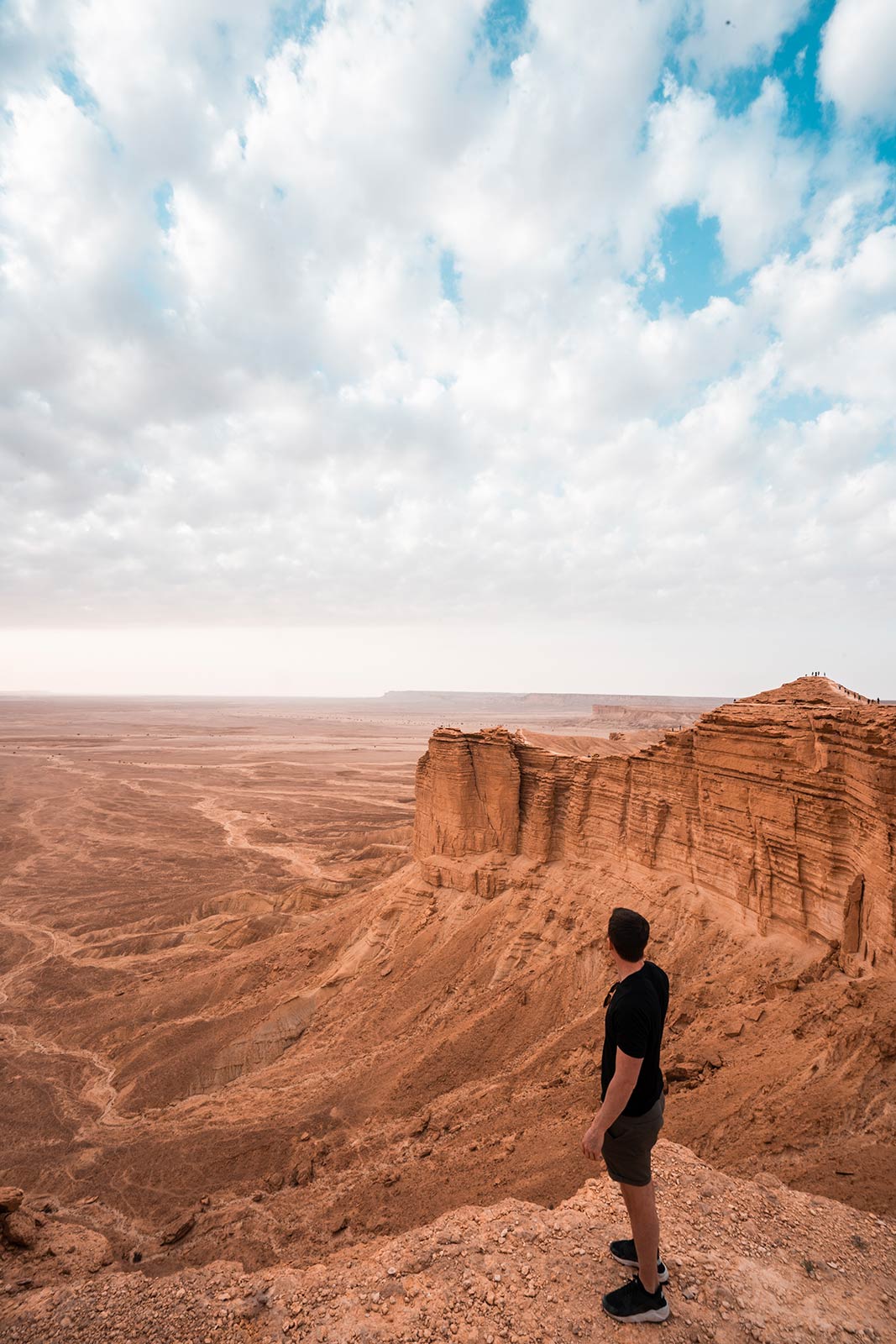 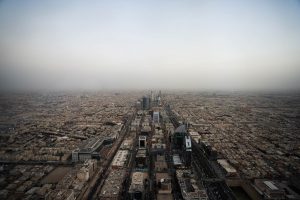 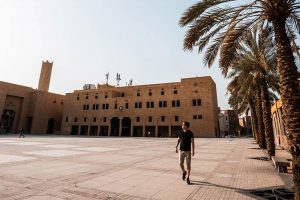 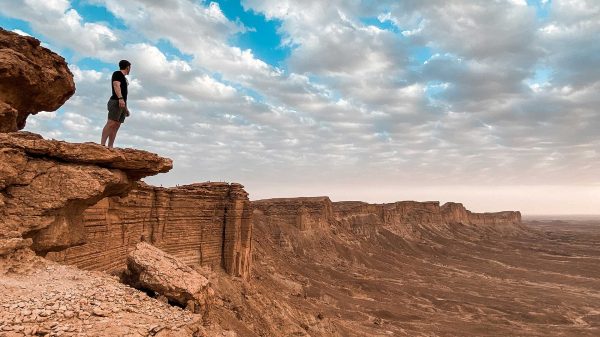 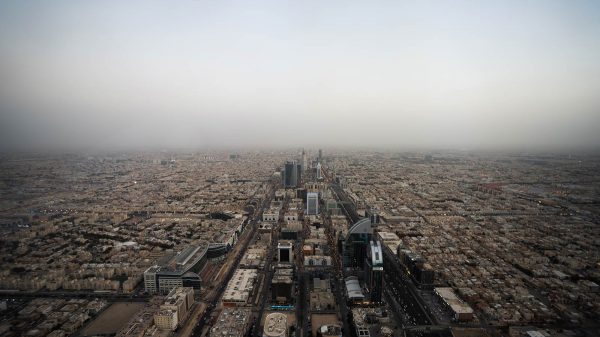 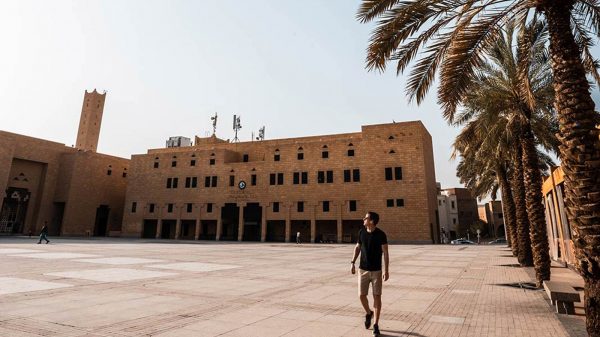