Arrived into Seoul and checked into Come Inn Guesthouse, a small boutique hostel in the University district. The flight here was less than 2 hours but you see the difference as soon as you come into the city, the western influence in obvious!

THE SQUID WAS STICKING TO MY FACE

Korea’s recent history is mostly to do with the relationship of their neighbour, North Korea. So the first thing I done was take a trip to the War Memorial and Museum which is more my thing that looking at pottery.

Like most wars, the Korean war was politically motivated and extremely sensitive so apologies for getting it wrong. I don’t claim to be an expert so feel free to educate me in the comments below.

The start of the Korean War was sparked by the North invading the south in the 1950s and with the help of China and the Soviet Union overran South Korea. Following on from the 2nd World War the United States came to the defence of South Korea and managed to keep control of Busan on the southern most tip of Korea. 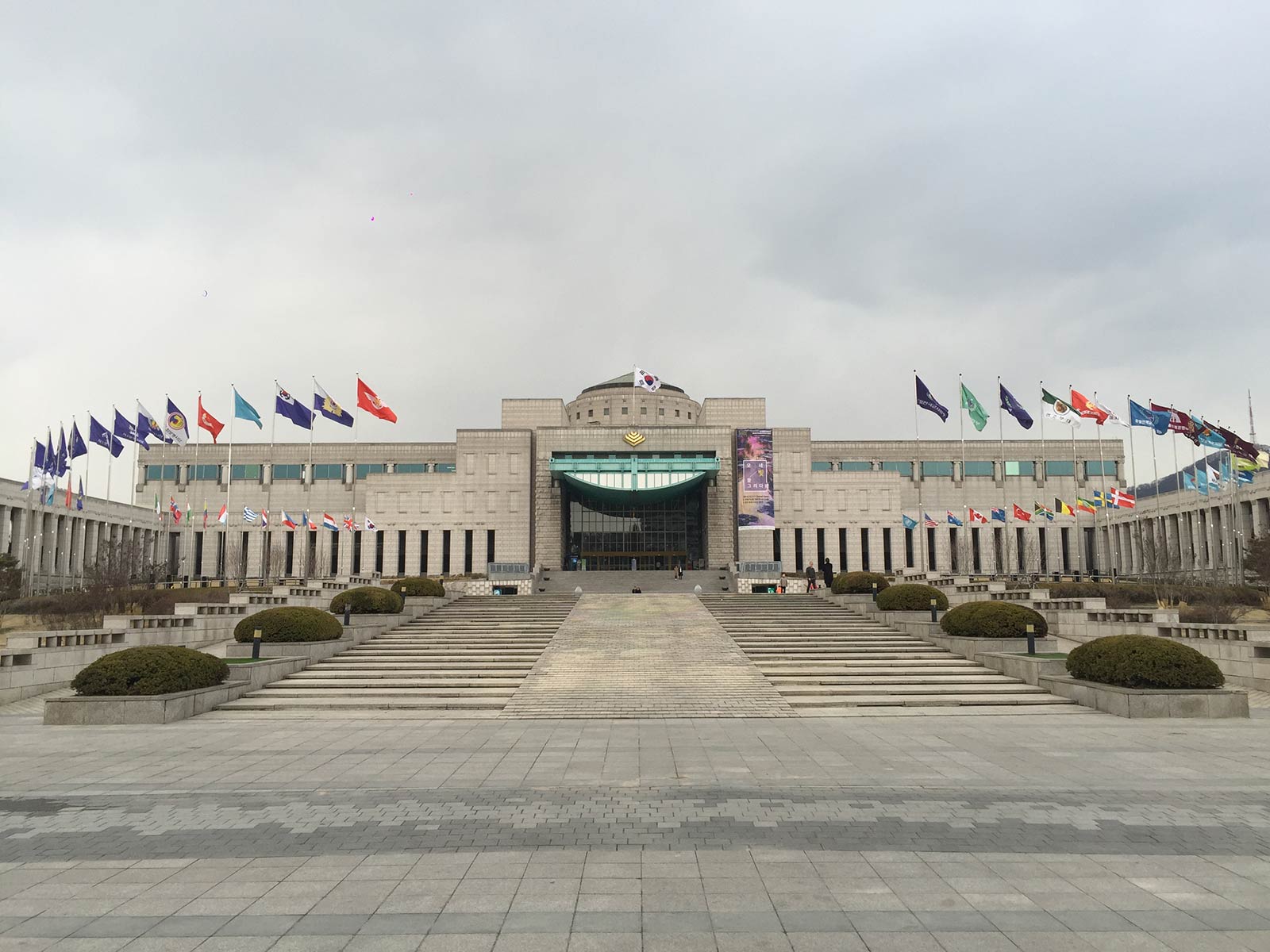 As the UN, US and Korean forces struggled to hold onto Busan it was decided they would flank the threat and land at Inchon. From here the War began to swing back into the favour of South Korea and the war was pushed north as far as the Chinese Border.

From then the war went back and forth as peace negotiations dragged on for years, regularly breaking down for months at a time! Many see the Korean War was a result of tensions between the east and the west as the two nations were hesitate to make military contact it had to happen on foreign soil.

Eventually with the change of president in the U.S. a compromise was afforded and the peace treaty was signed along with the addition of the DMZ.

RELATED READ: CLIMBING THE WRONG MOUNTAIN IN RIO, THE BEST MISTAKE I’VE MADE

The Museum exhibits materials from the Korean War and serves as an educational venue, not somewhere I got bored. It was opened in 1994 by the War Memorial Service Korea Society to commemorate the sacrifice of those who died during the conflict. It contains 33,000 artefacts in six separate indoor halls, including Expeditionary Forces Room, Patriotic Memorial Room, War History Room, 6·25 Korean War Room, Development Hall and Large Machinery Room. There are helicopters, aircrafts and large weapons outside for viewing and people are welcomed to explore these as they wish.

The character of War Memorial of Korea is ‘Mudori’ featuring a helmet symbolizing the protection of the nation and a bay leaf meaning peace.

Korea is unique in Asia in that it is known for their desserts and food markets. I’ve met up with Felix who I met during the best party cruise in the world, Vietnam (link).

We were both starving so decided to head to the market and see if we could find anything worthwhile. The short answer was yes but we opted to go for the “when in Rome” approach! 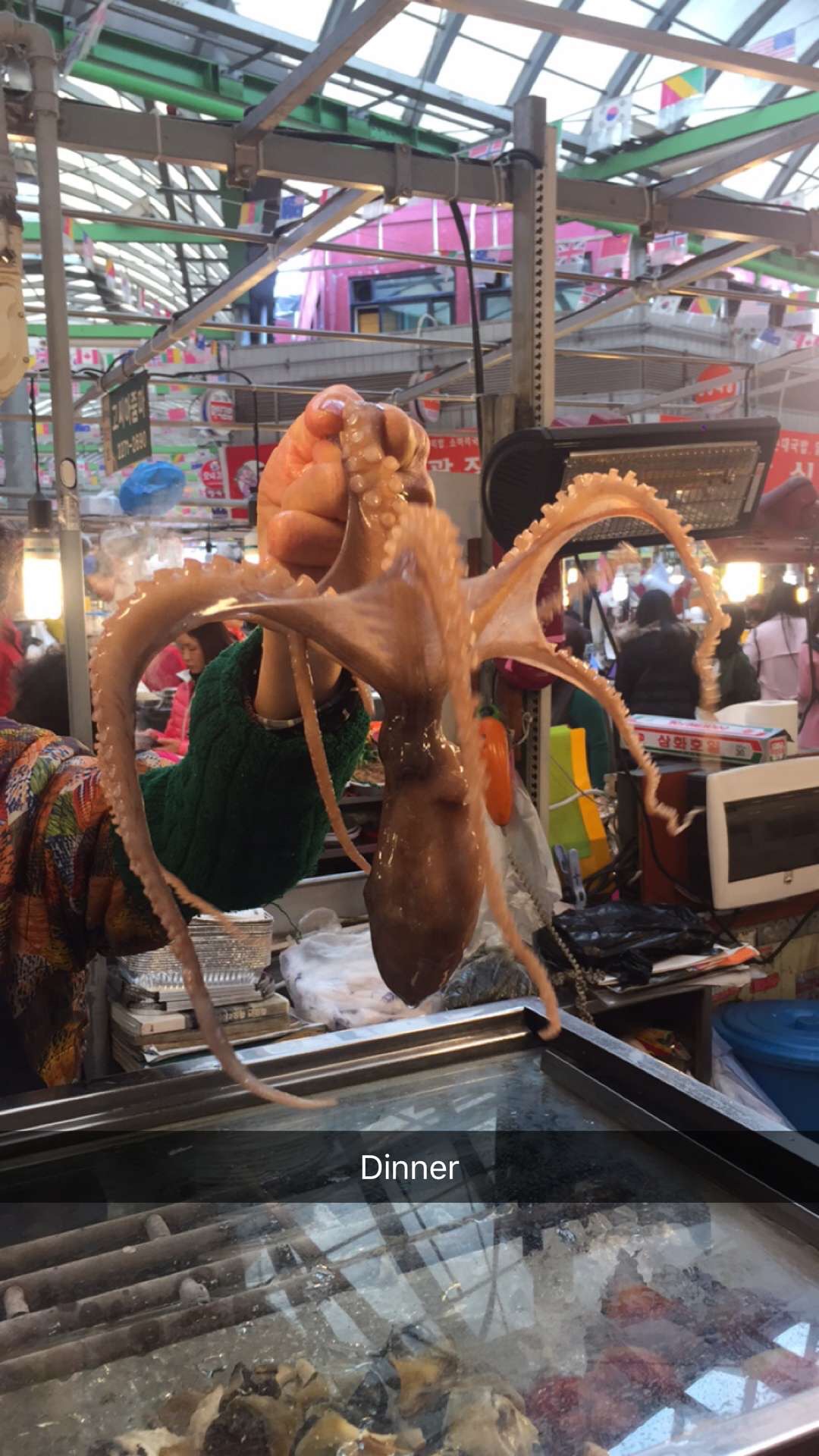 I spotted a tasty squid in one of the displays and I only had to give Felix a quick look for him to realise where this was going! The woman was great, she cut the squid, offered us Soy and let us get on with it. I’ll be honest, I’m not a fan of squid but I am a huge fan of giving everything a go and the fact there were two of us helped with the moral support!

I find cooked squid tough but that is nothing and I mean NOTHING to how tough raw squid is! Not to mention the tentacles are still extremely responsive. Its almost as if the squid knows where it is going and using the suckers as its last chance of staying alive. It takes a few minutes to get used to having a tentacle stuck to your lip while trying to eat the rest.

It turned out to be very filling as we only need a few bites but if Felix had his way he wouldn’t have had any, though he wasn’t getting away that easy!! 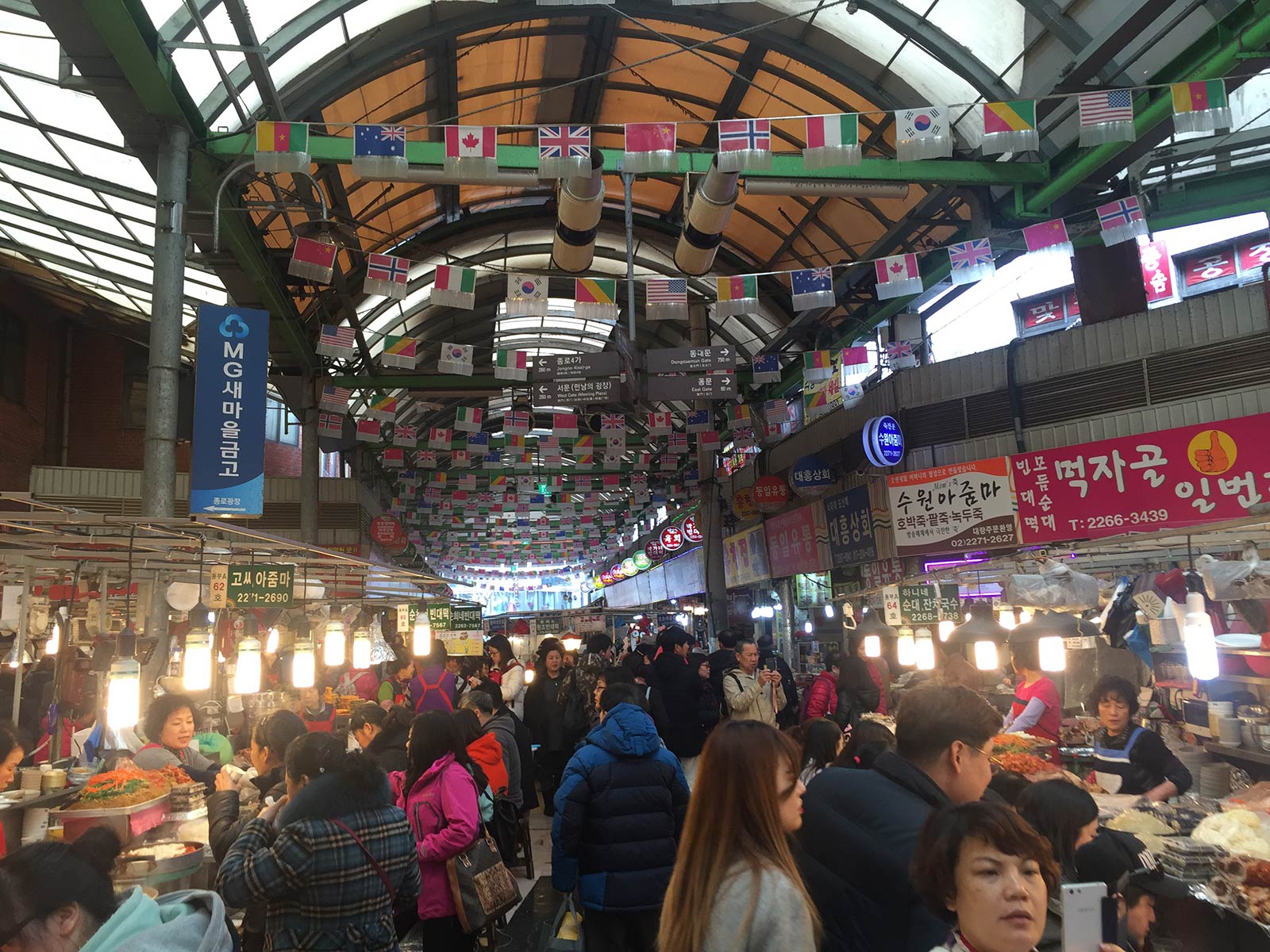 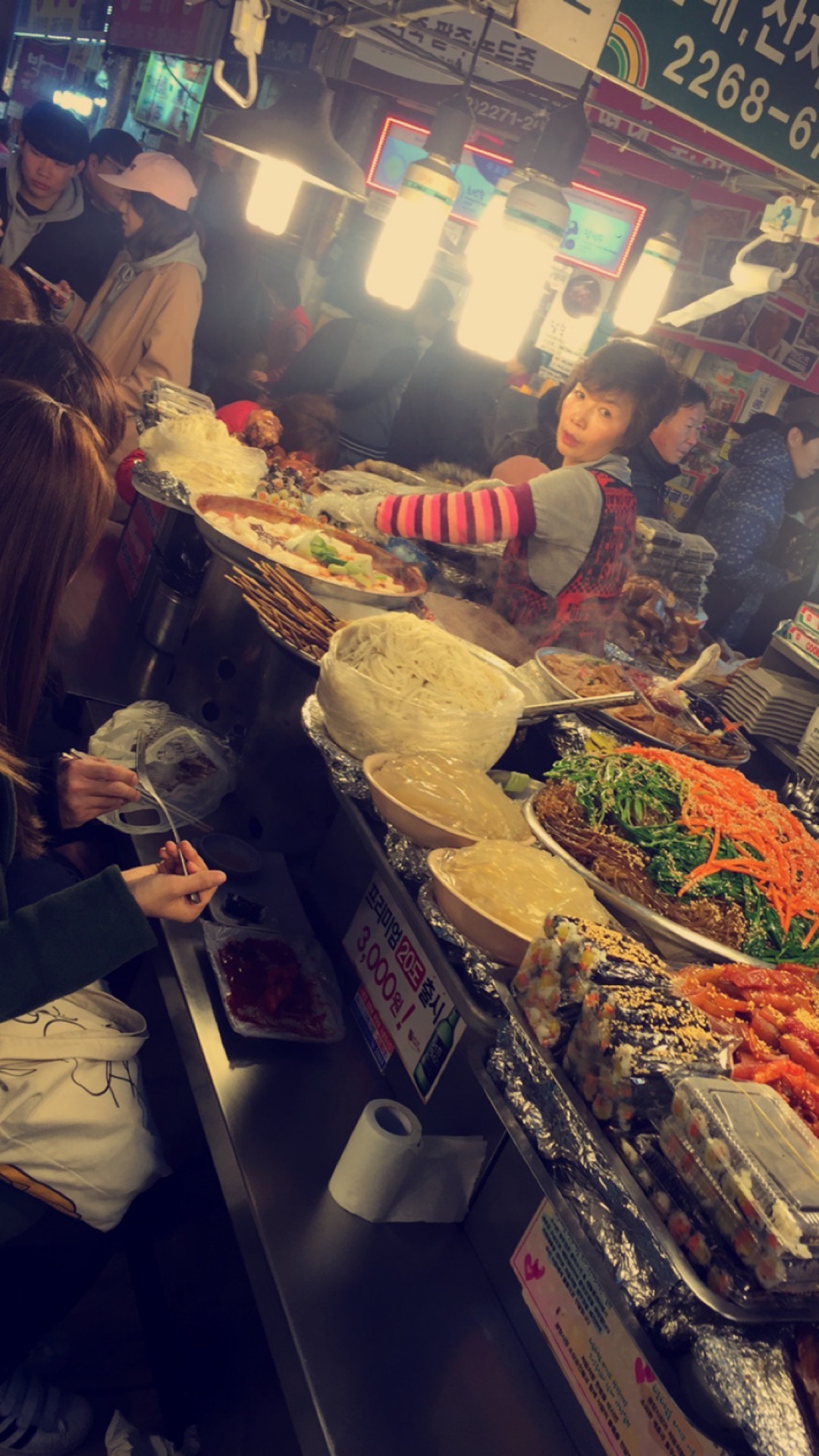 I feel much more at home here than I do in most museums. the mix of education and fun here is spot on. Poignant exhibits, war memorabilia and military equipment make this an ideal place to learn about Korea’s history of war. Kids (or adults) won’t be bored with the choice of tanks and airplanes on display. I wouldn’t turn your nose up at the opportunity of the squid either, it’s an experience if anything!

A trip to the infamous DMZ and a Russian egg shot! Click to read. 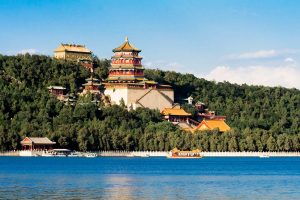 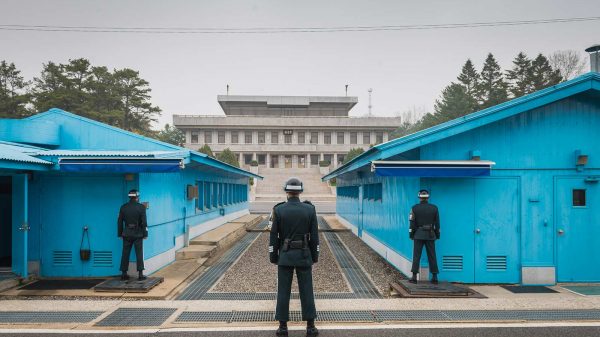