A WEEK OF FULL MOON PARTIES

Everyone has heard of the Full Moon Party and its one of the reasons so many people come to Thailand. I wasn’t gonna miss it and organised my entire trip around the date. The stories that go around the backpacker scene as you make your way towards Koh Phangan gave me goose bumps! 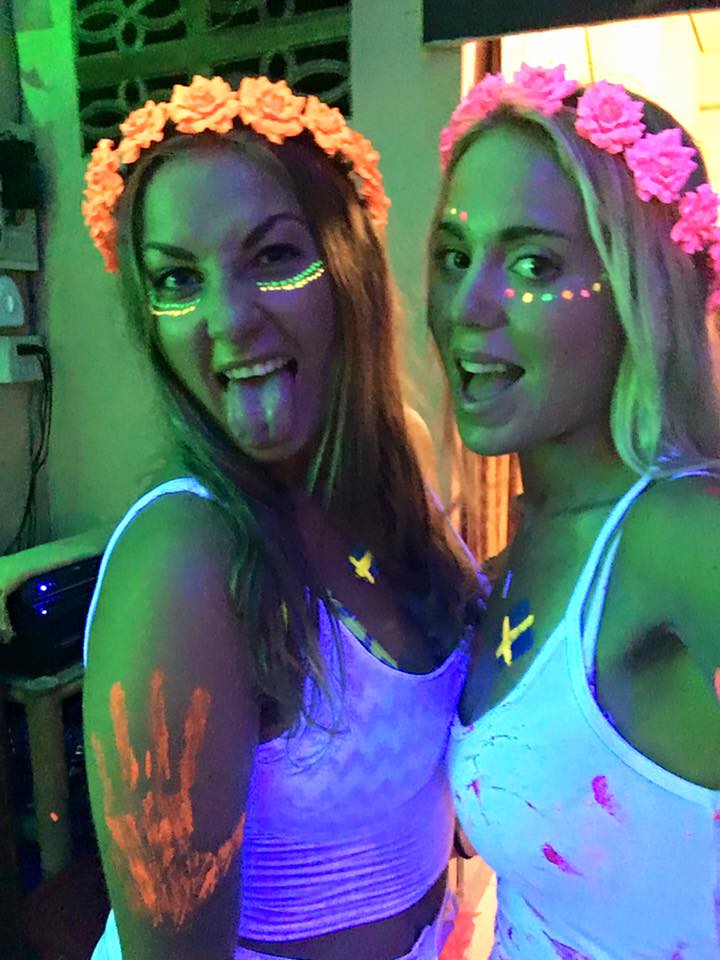 Not entirely sure what we’ve let ourselves in for here but I’m buzzing and to think I am a month ahead of my itinerary is crazy but least I am in less of a rush. My only regret would have been to stay longer in Koh Rong in Cambodia but apart from that everything has worked out pretty well! Cambodia and Laos were generally not highlights after the time I had all over Thailand.

WHERE IS KOH PHANGAN?

Myself and Mike (One of the Americans I met on the slow boat to Laos) checked into Lazy house. Not the best hostel I have stayed in, especially socially but there are enough of us meeting up anyway. The Swedes we met in Cambodia (Nora, Asa and Matilda) are staying about 50yards away and the full moon beach is only a further 100yards from our door. 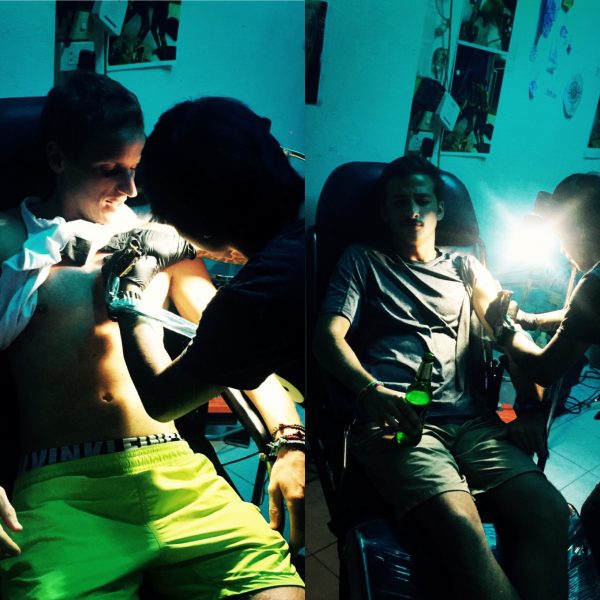 A little photo to scare those back home. Mike’s Dad wasn’t happy!

Generally there is not a lot else to do on the island apart from party, yes theres a few nice beaches but nothing like what you get on the other islands. On the run up to the full moon party there is a different party every night of the week on the beach and various parties around the island as well. We’ve decided on the beach (Hat Rin) tonight to give us a taste of what to expect during full moon.

Bit mad last night and as it’s a few days away from the full moon its still nothing like what its going to be. Got our first experience of the fire skipping rope, a bit mad until 4 or 5 of you jump in. Got half my hair burnt off so I’ll get another week out of it before it needs cut again.

There are drink stalls everywhere and all they try and do is grab your attention for more business. The boards and stuff they shout at you is shocking at first but then you realise what they are up to. 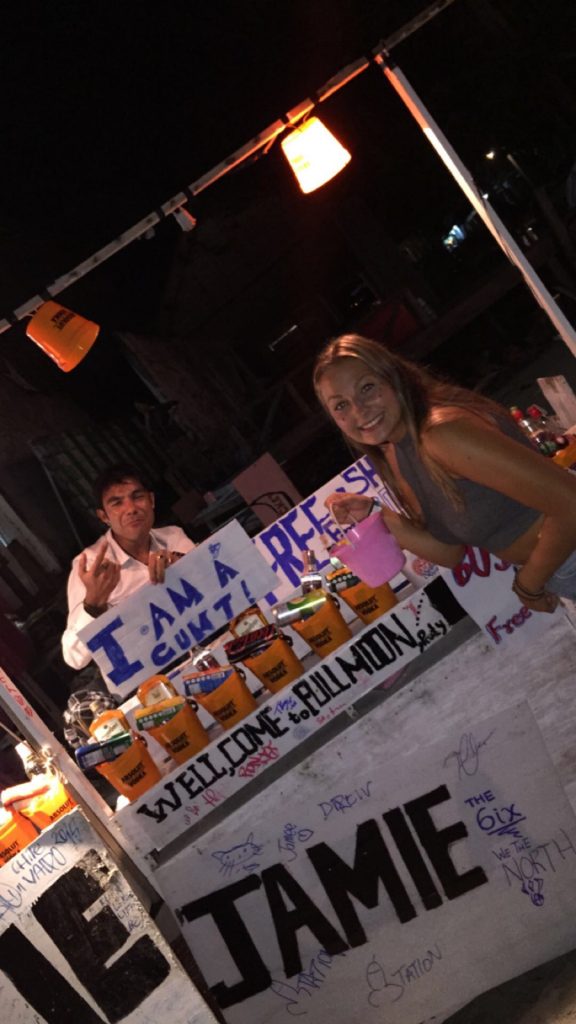 Stalls do anything to grab your attention but its all love

We’ve been hearing about a waterfall party that happened last night but heard mixed reports. Took a few scooters around the island and seen the signs for it so went to check the venue out to see if we missed much. Wasn’t much of a waterfall but you could see the venue looked pretty decent. Tonight is the jungle party! 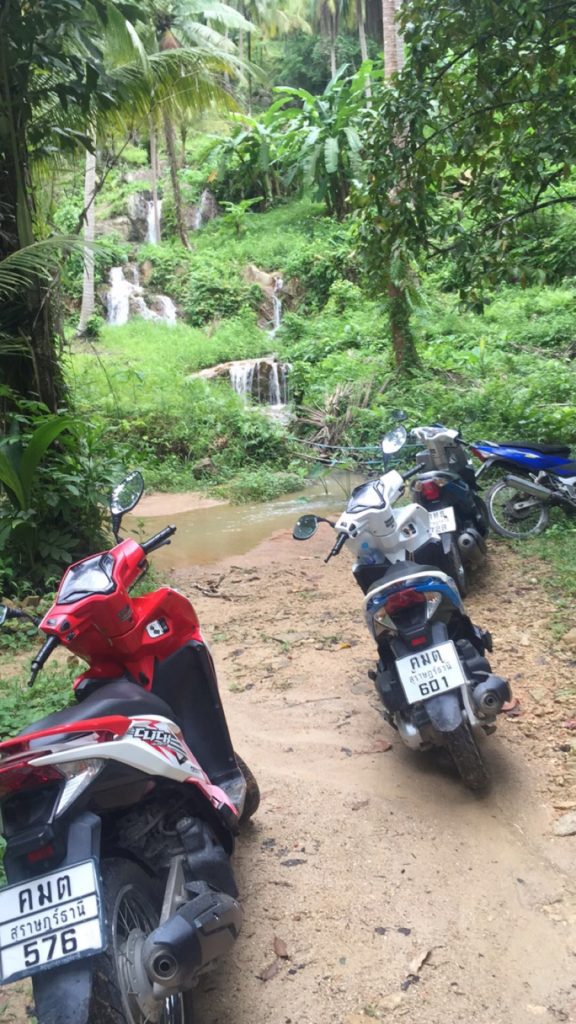 These venues are in the middle of nowhere and as there’s no taxis on the island everyone piles onto the back of pickups. You could imagine 10 drunk folk in the back of an open pickup flying up mud roads into the mountains, was some fun. 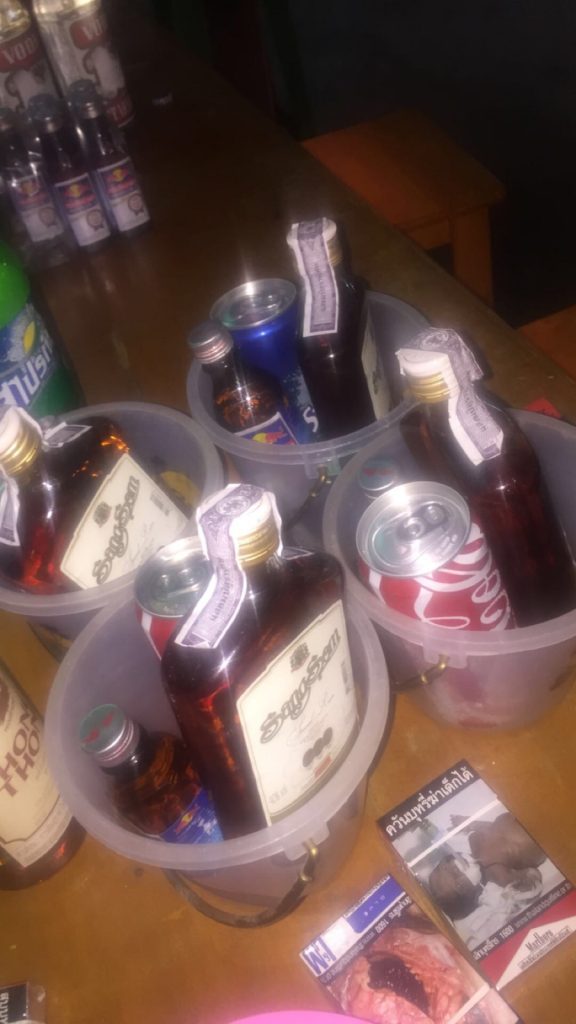 Walking into the jungle party I was well impressed, a proper party and amazing location, the vibe was killer! Bumped into an old friend Hannah who I haven’t seen in 4 years. Believe it or not it’s a common occurrence to bump into old friends on the other side of the world! Knew she was in Thailand but didn’t expect her to be in KP. The place has about 5000 people in it going mad and you end up bumping into someone you haven’t seen in 4 years, crazy. It’s the proper Full Moon tonight, going to be epic.

What a night it turned out to be but for some it all went horribly wrong! Over the past few days you see the island becoming busier and really coming to life but tonight was crazy, just a different level. I can’t imagine what NYE would be like (well it would so be that I did, check it out here). 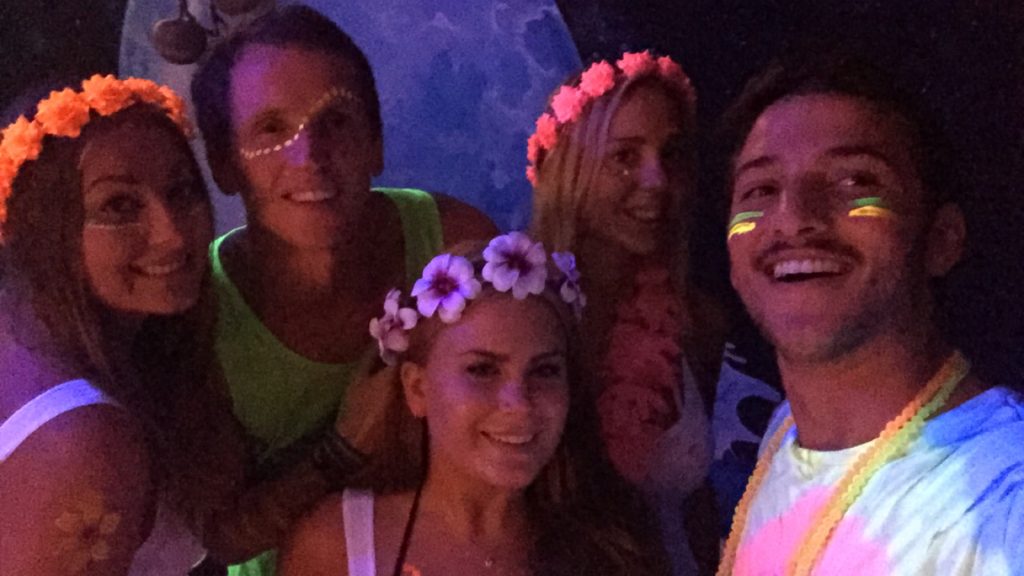 Got together with the swedes and had the usual predrinks while we applied the trusty neon paint. Coming down towards the beach you immediately see how many more people there are, a lot of which only arrive in the afternoon and leave the following morning. 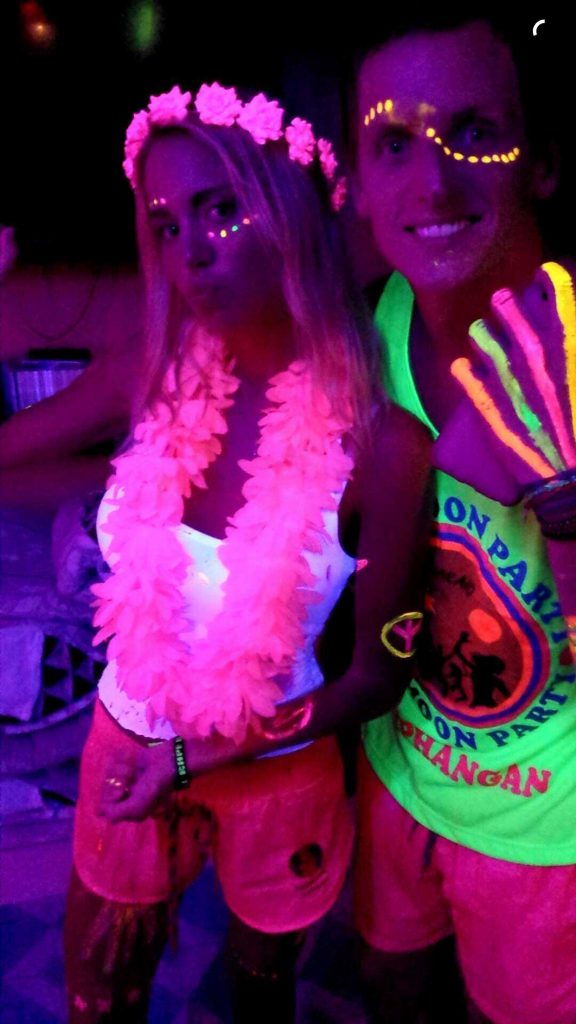 The balloons here are so much better than anywhere else I have been! There’s a secret room you need to go to to do them, it’s a little like a crack den with everyone in the room just there to take a hit. Everyone is just in a great mood I suppose I know why! For the rest of the full moon party I can’t remember much apart from 2 things… 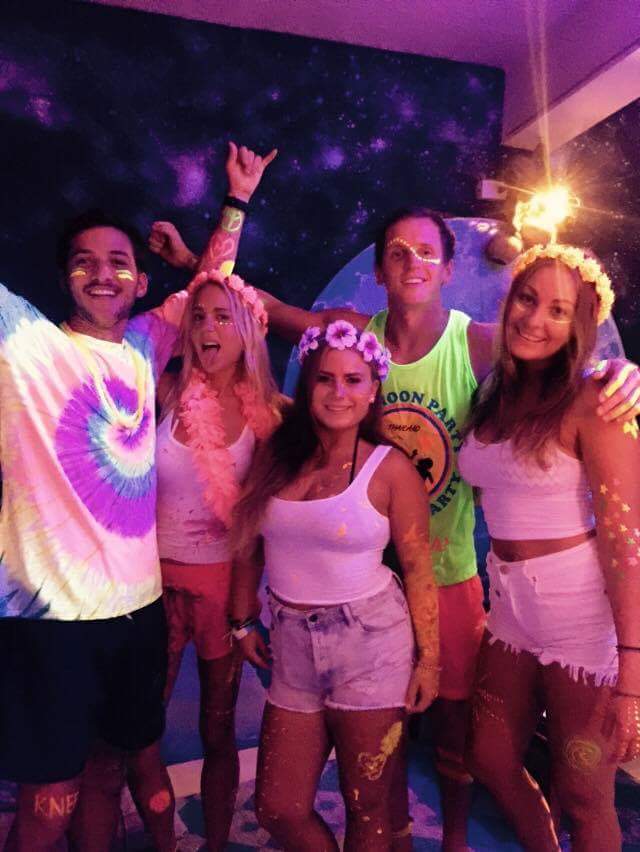 FALLING INTO A BATH OF PETROL

Having a laugh at the fire ropes and running in and out, generally causing a nuisance Asa came up to me and said Nora fell. All I could think was that she had broken something which would be an absolute disaster at this time on the island. But it turns out she fell into a tub of fuel used by the fellas who do the fire show and got covered from the neck down. She went to the sea to try and wash it off but the damage was done, the aggravation from the fuel coming into contact with her body had already settled in. 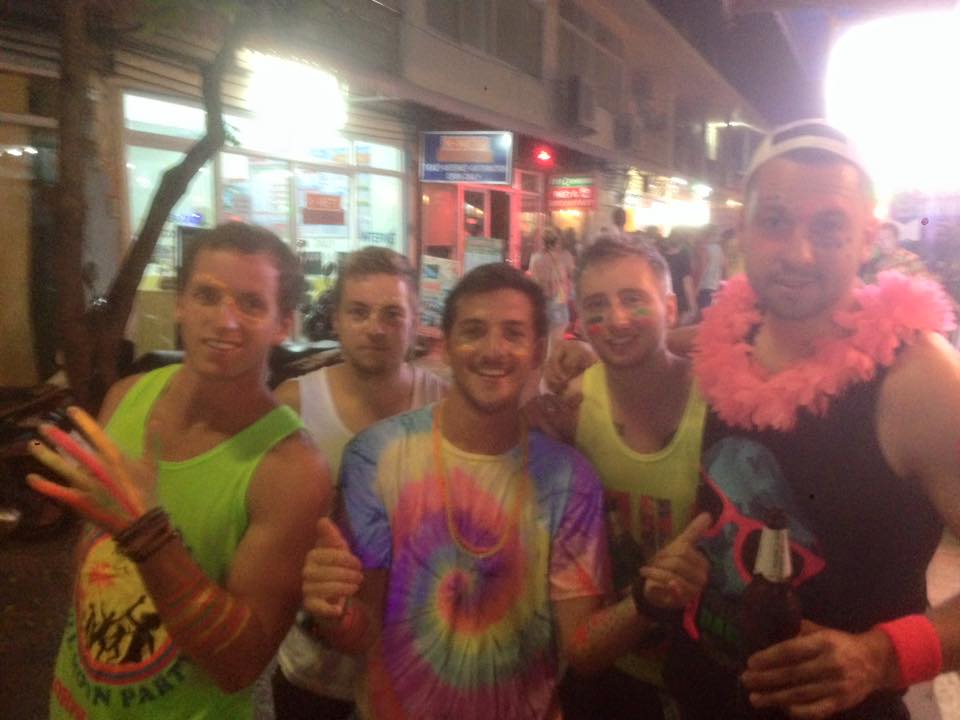 I seen her back at the hostel in a good bit of pain standing under the shower. It was a shame as it was suppose to be everyones highlight and she loves a party but that was the end of her night! It was so bad she was feeling it for the next few days and a trip to the doctor was necessary! 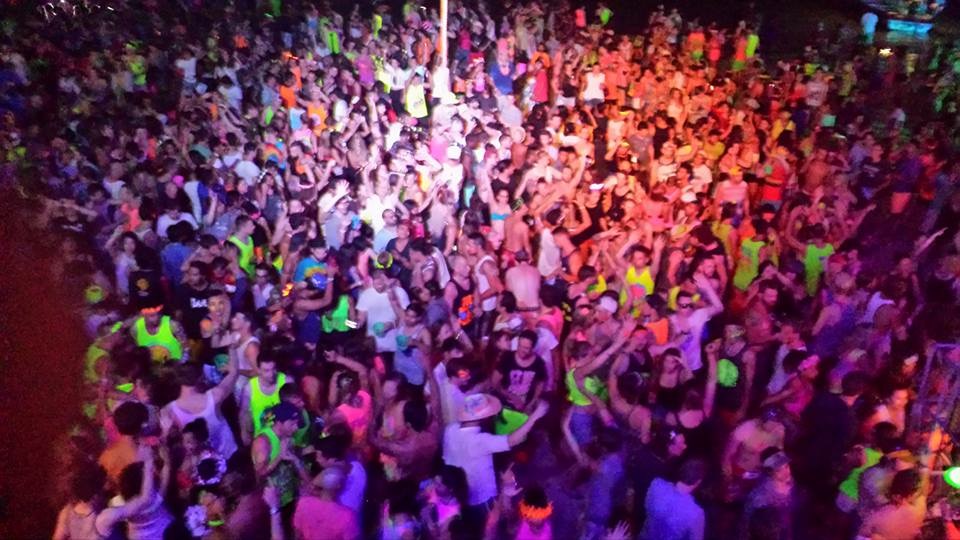 We are staying for another night or 2 just to let the party unwind but the next day it was as if everyone on the island just left, crazy! We went out to the beach again and although the bars were open there was probably no more than 30 people in each, compared to 15,000, not everyone makes it out alive!!

The next day was even quieter. Just as well otherwise we would be in danger of killing ourselves with another party! I think the girls are staying on for a night and Nora is still a bit tender from the burns. We took her to the doctor which all he wanted to do was open her legs. None of the girls are easily offended (probably why they enjoy my company) so it didn’t bother her much. We’ve had a laugh about it and I told her no more sex for a month in case the friction creates a spark.

SEEING THE REST OF THE ISLAND 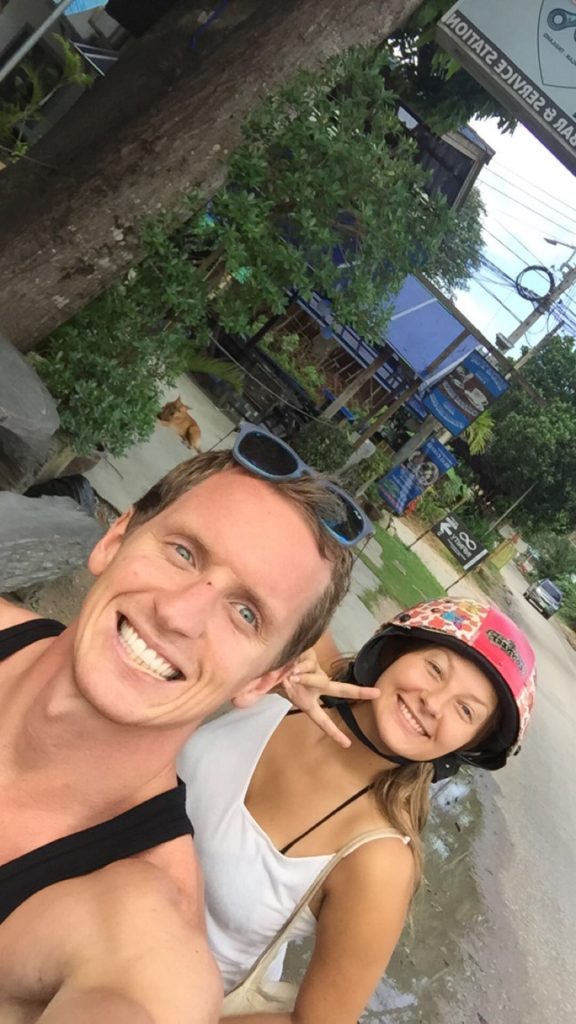 Heading to Koh Ma for a detox 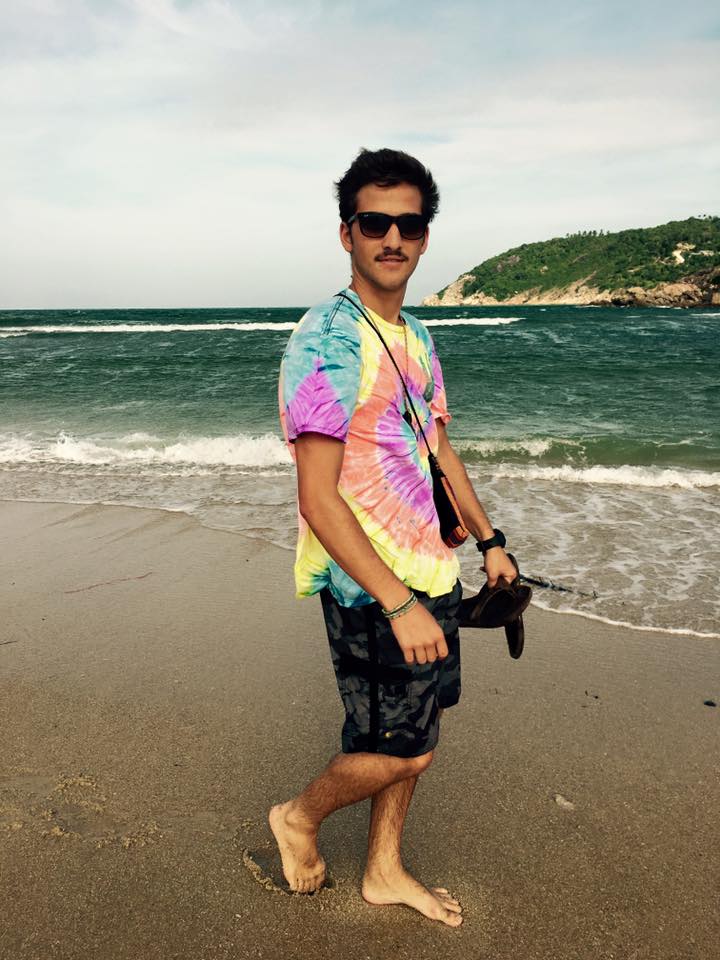 Took a few scooters with the girls to have a look around the island! Got Rose, Wayne and Andrew who I met in Bangkok (Nap Park) going to a beach up north so that should be good. Scooters are by far the best way to explore islands here in Thailand, if you know how to drive one. You’d be amazed at the amount of people with scooter injuries.

There is really no other party on earth quite like the full moon. There are people of all ages, races and of course genders who attend so no matter who or what you are be sure and get yourself to the full moon! 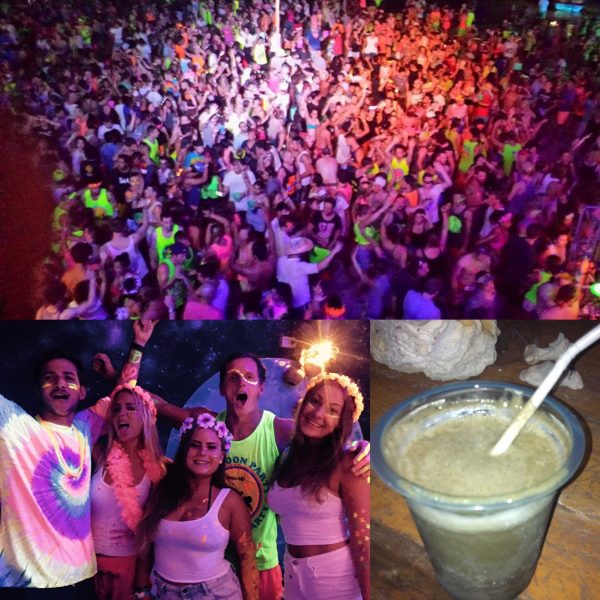 Anyway back to Koh Tao again chasing the party, Its always the next stop after the Full Moon. My mate Paddy said its where everyone goes to chill, but as I’ve already been I know it couldn’t be further from the truth. Another thing, an old friend commented on my photo on Facebook and said ha has a friend out there and to keep an eye out for him. Does he not know there are upwards of 40,000 backpackers around this islands?? But wait and see…

As we haven’t done much other than drink and laze about we went against the wishes of the girl who runs bans and rented a few scooters for the day, she might be the richest person on the island but what does she know. Idea is to check out the islands best viewpoints. Click here to read it. 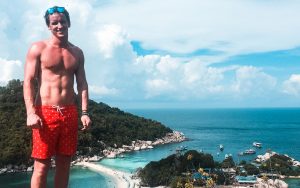 A GOPRO TO THE FACE AND NANGYUAN ISLAND, KOH TAO 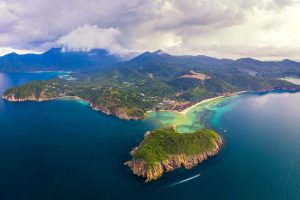 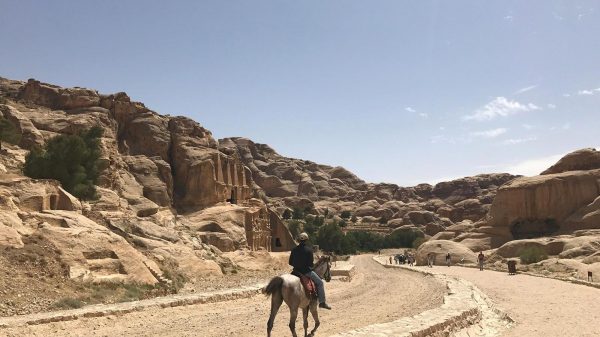 THE MIDDLE EAST & EUROPEAN SERIES PT1 AMMAN, JORDAN Getting off the beaten path you are…
Read more 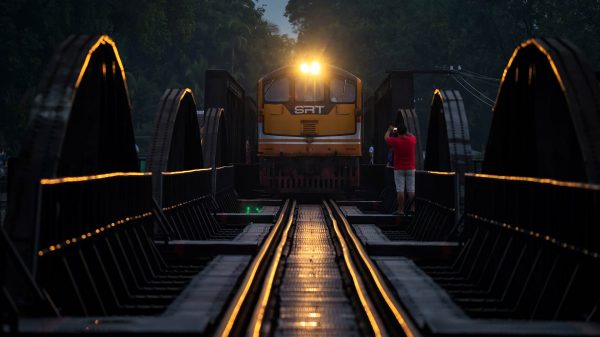 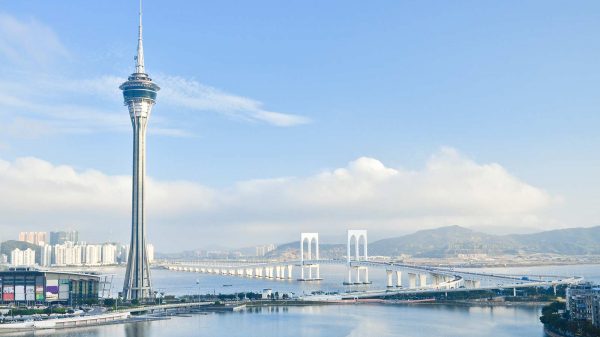