On our way to Jaipur we dropped into Fatehpur Sikri and having seen photos of this place and wasn’t entirely fussed but it’s on the way to my next stop.

Well as usually I soon realised why the guide wanted me to go. It’s a fair size, 5 lines of defence, a moat full of crocodiles, 1st wall, 2nd wall, an area for tigers and the 3rd wall beyond that. The animals aren’t their anymore but I heard it worked quite well for the odd intruder.

SO I SQUARED UP TO HIM, READY FOR A FAIR DIG IN INDIA

Across the road there is another place which is free to go in. One benefit of paying for access is that you don’t get any fella inside trying to rinse some money from you as they often stand at the gates before you pay. I felt one fella who was trying to walk around with me wanted to do some damage, you wouldn’t believe how many times you tell them no, it almost encourages them. 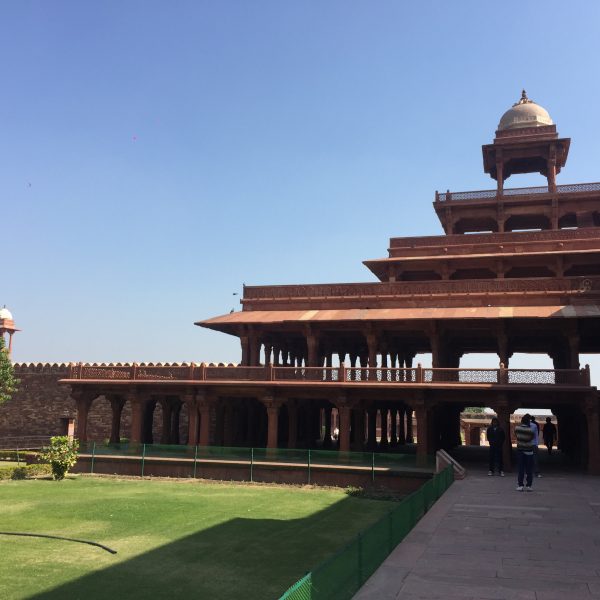 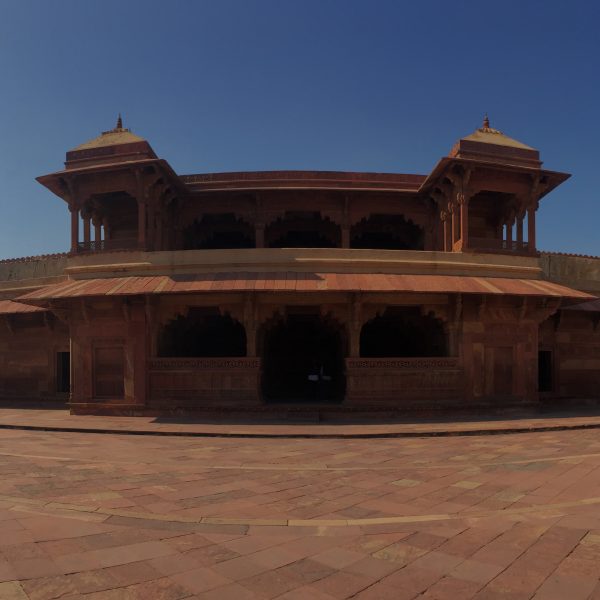 I do try and be nice/fair to them and maybe they see a little weakness in that so with this one he came over to me before I even got in, said I needed to wear trousers, so I showed him I came prepared and had them around my neck. The he pointed at my flip flops and said no so I showed him my bag and put them inside. You could see he was trying any old trick but I had put as much thought into it as he had so he was in essence pushing against a brick wall. 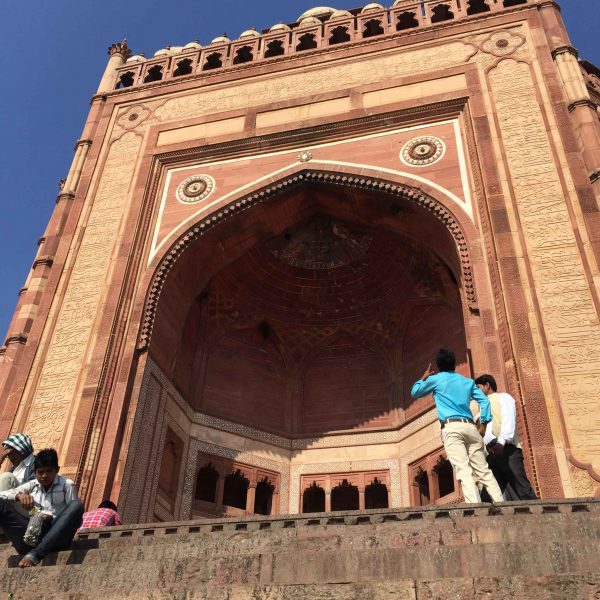 The entrance to Buland Darwaza, The worst part about India

After that it was strange he would walk infront of me but face towards me and began to shout and be aggressive. I was genuinely enjoying telling him no in the nicest possible way. The last thing I wanted him to do was claim he gave me a tour because he chased me around for 20minutes so I stopped walking squared up to him looked him dead in the eye and said no until he moved on.

The fella had zero teeth and done a good bit of swearing in Hindu along with a few shouts of Hala in my face. I can understand how other tourists could feel intimidated but it was in the middle of the day and we were surrounded by a few hundred people in one of the towns most popular tourists destinations. Then he changed tactics and said to a little boy to go after me. So I spent the next 5 minutes standing still looking straight over him. Ignoring them is definitely the way to go, why should you be polite and tell them no when they only stop when you say yes.

On to Abhaneri which if I’m honest I have no idea what the hell it is. It’s in a quiet town and there seems to be no other tourists around so I’m assuming it’s something quick to see. Again I’m not even out of the car and there is a ‘guide waiting for me’. Blanked him – it worked! Once I got in I couldn’t believe, the place was quite breathtaking, probably because I didn’t expect much. 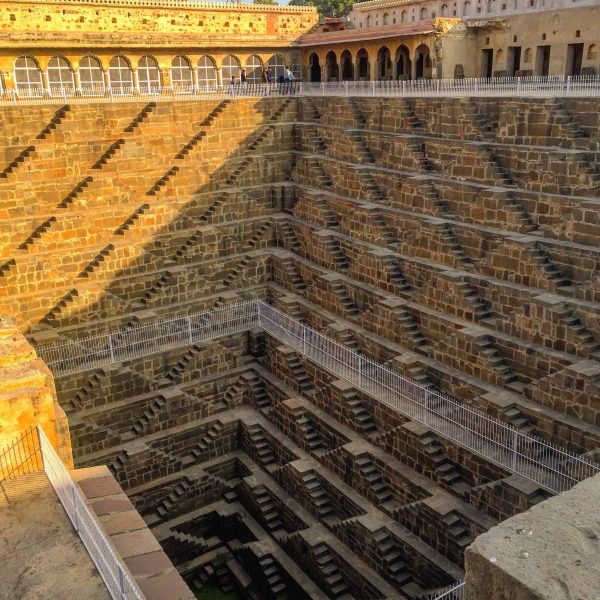 Another tour guide comes and follows me around so I tell him no, whatever happened to ignoring them?! This one said I am not a guide I am the caretaker of this place and you only pay me if you want – like that would go down well!! You can literally smell the bullshit before these people open their mouths. But tbf I didn’t want to waste the visit and I was kinda relieved by his demeanour so I agreed £2 for a quick tour. He may as well have spoken Hindu but I got the essential details of him in the end.

The town was in a dry area and water was a big issue so it’s a glorified well with a summer house built into the side of it for the King. I’ve seen one or two wells in my time, none of which look like what’s in front of me here now. When India tries to build something special, they don’t half mess around! 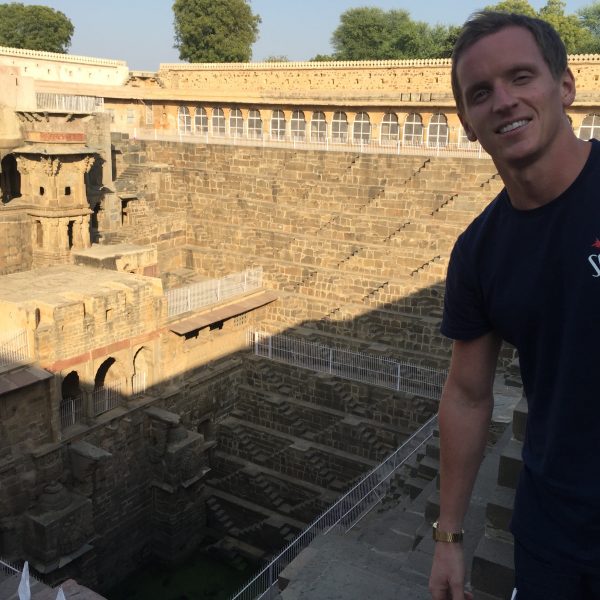 Arrived at Jaipur and checked into Zostel again. I’m done with bread and snacks and really needing some proper food. I headed to a restaurant in the town and took me no time to realise there was no meat dishes on the menu, he’s only gone and recommended a veggie restaurant. The butter masala was pretty good, not much too it, curry sauce and some peas but the garlic nan and rice filled me.

My ying and yang experiences continue. Unfortunately what I went through today could have been enough to ruin someone’s trip but certainly learning how different cultures are how certain attitudes are perceived. Coming from Ireland you never want to be rude unless you have to. If I ignored someone at home the way I did to that second tour guide I would be labelled as an ignorant arse, but it appears to be accepted and the only way to deal with the issue here.

Checking out the town of Jaipur tomorrow where I will be charming some snakes. Click to read. 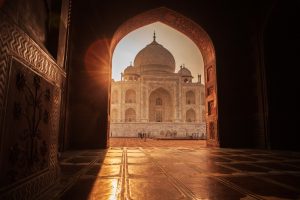 MY 10 FAVOURITE PHOTOS OF THE TAJ MAHAL 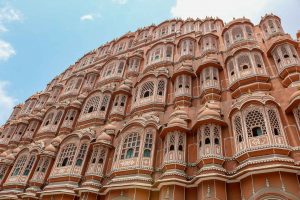 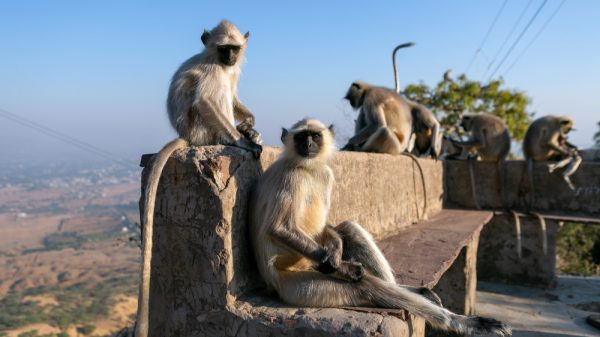 SUNSET AND MONKEYS IN PUSHKAR

PUSHKAR Today I am heading to Pushkar, not far from Jaipur. It really takes you to…
Read more 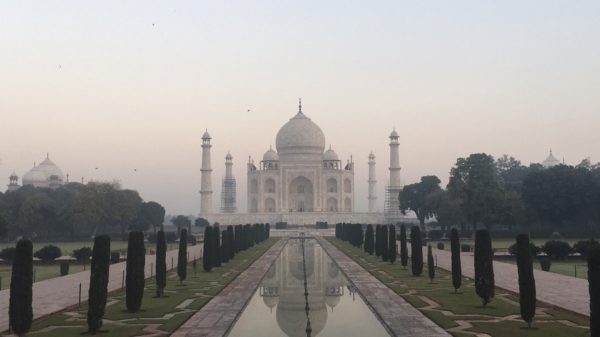 THE TAJ MAHAL Up early for Taj Mahal sunrise, this is pretty much the highlight of…
Read more 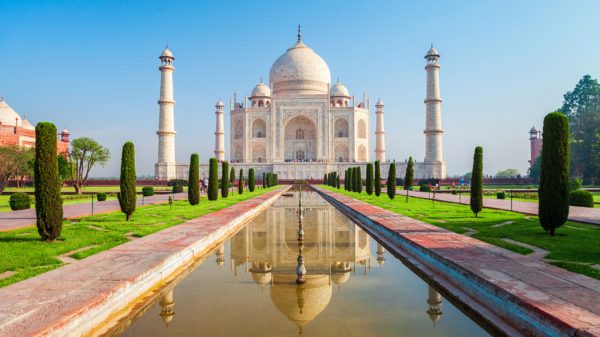 INDIA REFLECTION There are many unique countries, in fact most are but not many come close…
Read more