THE GEM OF THE FAROE ISLANDS9 min read

Another early morning again to enjoy the village of Gjogv and then I set of for Eioi for no other reason than to take a photo of a football pitch.

I HONESTLY DON’T THINK I’VE SEEN SOMEWHERE WITH SO MUCH CHARM.

There is no other pitch quite like it anywhere in the world, maybe Norway but this place is beyond special. Considering its tiny population football is big in the Faroes and due to the lay of the land football pitches often have to be dug out of the rock and surrounding hills just to create enough space for a pitch, incredible!

Next it was off to Fossa via more jaw dropping scenery. Driving around the valley you are able to see it from the other side which was impressive. Arriving at the foot of the waterfall I again bumped into Daniel who I met on the first day, shows you how small this place really is.

After the waterfall I continued further on the same road to a town called Tjørnuvík, another bay town surrounded by huge fells leading to a dead end. Just a quick stop and then it was off to Saksun, after Gjogv it was probably the place I was most looking forward it.

Saksun is a tiny village with maybe only a handful of residents so you can understand what happened when they tourist boom. No entry and no drone signs cover the fences setup by residents to protect their land who were used to seeing the same few people everyday. The place still maintains its charm and is home to probably the quaintest buildings in the country! 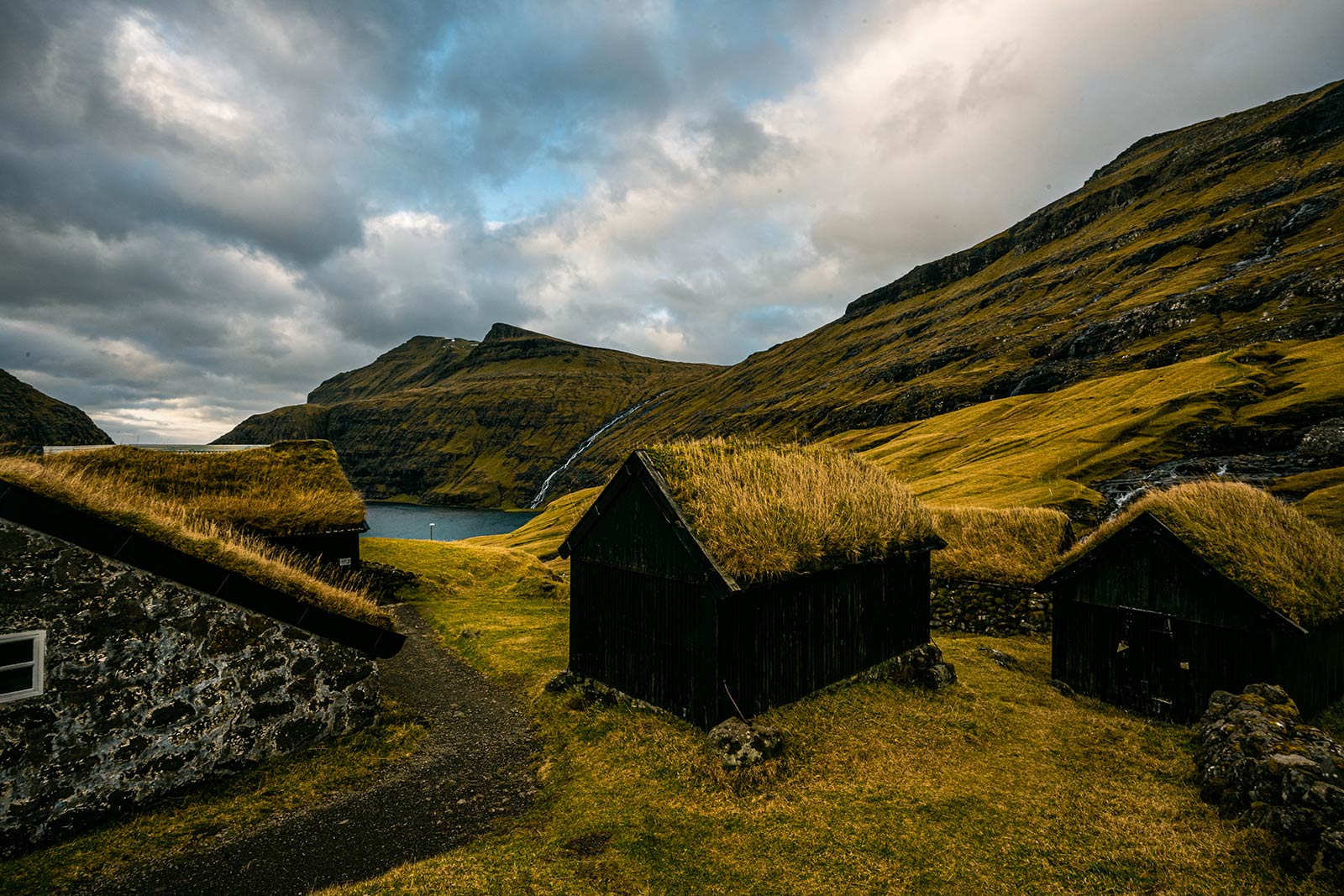 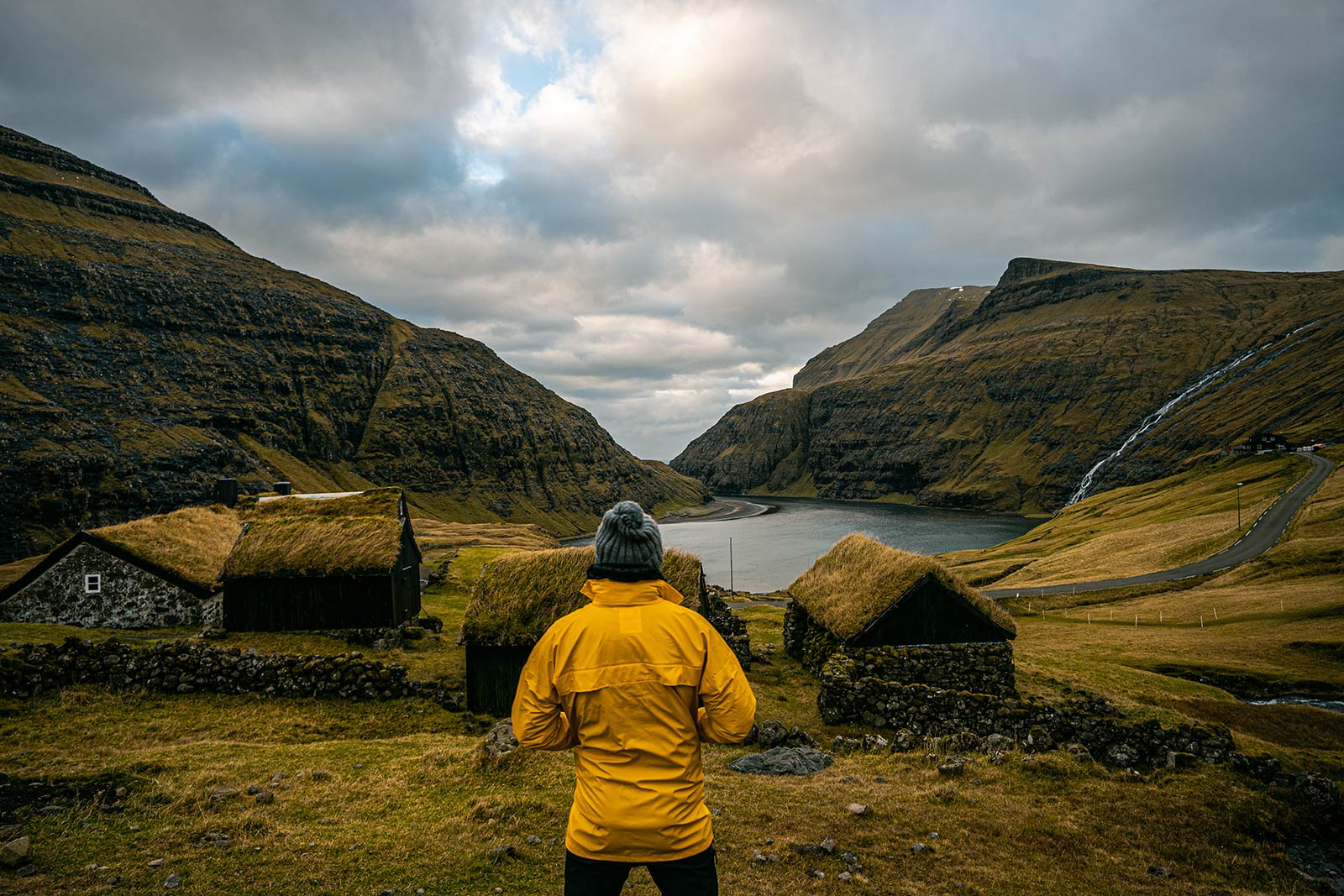 You’d be shocked how much you can get done in a day here as the country is so small. I decided to head to the capital which I had all but forgot about due to time restraints but a quick stop there and then off to Mulafossa would mean I’d have ticked everything off on my list.

In Torshavn there wasn’t an awful lot to do but I had a quick walk along the marina and again I checked out the nations new football stadium they are building, impressive for a country with a smaller population than what can fit in most Premier League stadiums!

Heading to Mulafossa I had to kill the urge to stop and take more photos as light was failing me but the temptation was too much and the sunset behind Tindhólmur had me stopped for 10minutes in pure awe! For the best views, stay at the cottages called The View!

After arriving at Gasadalur I was against the clock so made a beeline for the waterfalls, only to find out I had been running the wrong direction. Light was pretty much gone now but I was hoping my camera could do its magic, which it did.

Another pro of The Faroe Islands is if you run out of data and are relatively close to the airport you can drive to the front door, abandon the car and head inside for as much free Wi-Fi as you need! Just what I needed to be able to book the last remaining bed on the island, which turned out to be a 2 bedroom apartment hosted by a doctor from Calcutta, India. Probably the biggest change of culture I could ever imagine someone going through!! 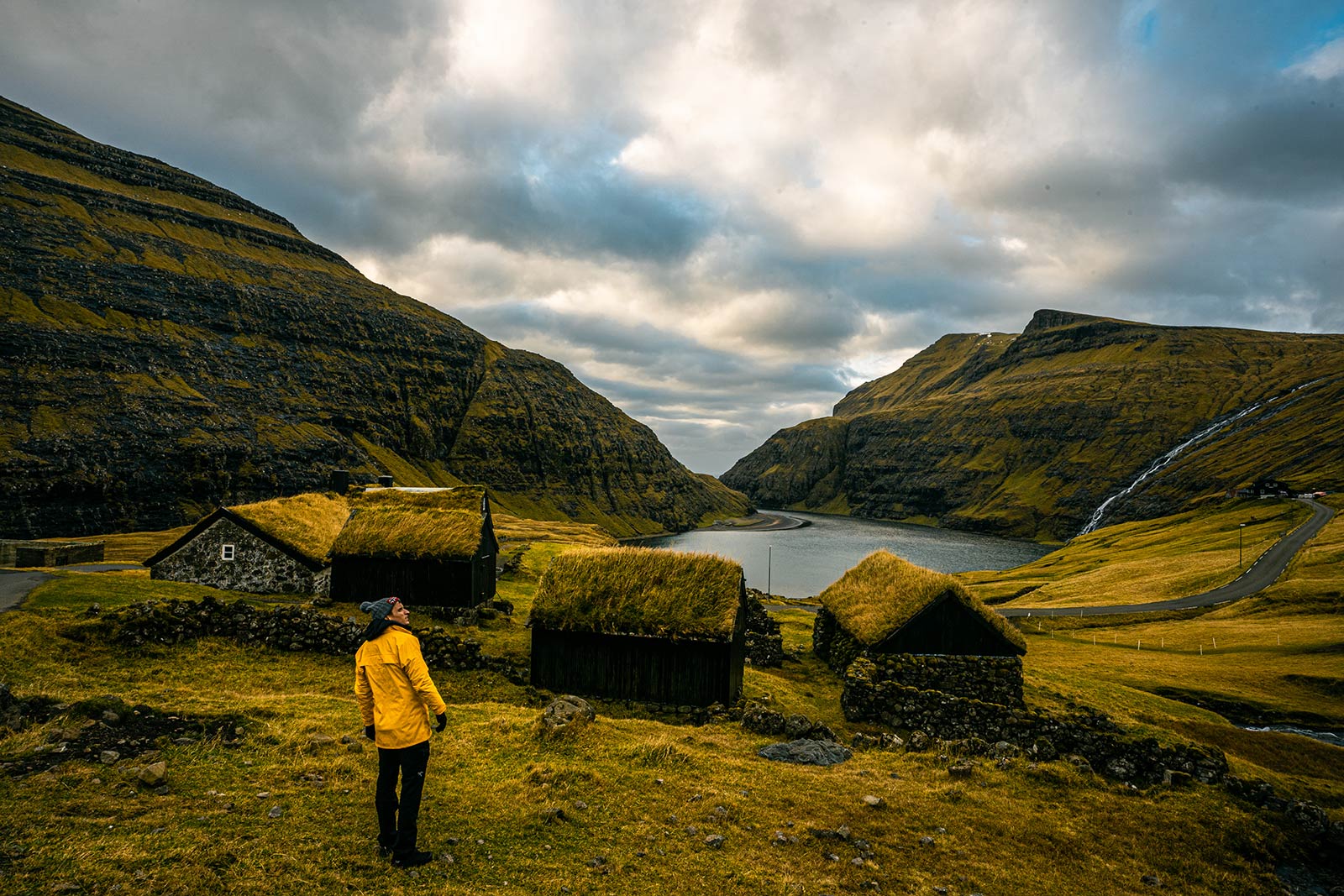 This place – no words can do it justice!

Flying into Iceland tomorrow, can it trump The Faroe Islands? Click to read. 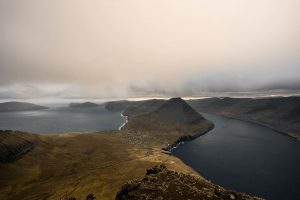 GETTING BLOWN OFF MT VILLINGARDALSFJALL 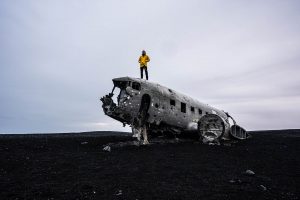 FROM ONE PARADISE TO ANOTHER 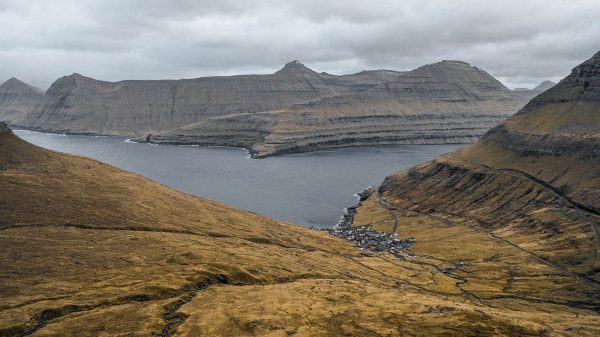 FULL GUIDE & 3, 5 & 7 DAY ITINERARIES FOR THE FAROE ISLANDS Believe it or not I…
Read more 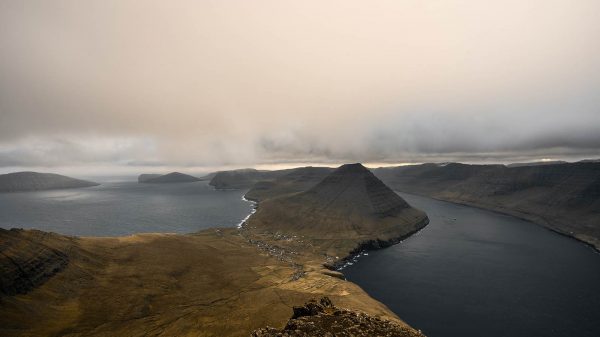 GETTING BLOWN OFF MT VILLINGARDALSFJALL

THE NORDIC SERIES, DAY 6 FAROE ISLANDS Another hike was on the cards today but unfortunately…
Read more 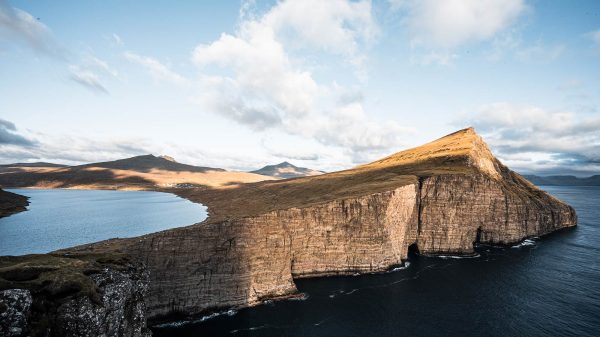 THE FAROE ISLANDS HAS ME