A day in Hama, Syria. The first thing Shamem, my guide, asked was what time I got to sleep last night and when I said 12am he acted like I had been on an all night bender with Paul Gascogne and Pablo Escobar! “12am, woooow, that is sooo late.”

I LOVE YOU, YOU ARE A GREAT HUMAN

Today we are taking the drive down to Hama, a large city situated in the centre of Syria.

You really cannot be prepared for the destruction here in the north. I had expected maybe a few areas of some towns but after hours of driving almost every town we came to was reduced to nothing.

The north has the highest security due to its close proximity to Sarasin. Ditches and mounds line the roads here and some of the barriers go 4x tall!. There were many battles in and around Sarasin as well as Narajjah which was another stronghold, both very close to Idlib.

Arriving in Hama I could see this place was vibrant, a huge difference to that of Aleppo. Although Aleppo was busy like a normal city Hama was another level altogether. The government had moved in quickly and kept control of the city from the start, hence why there was less destruction here than other cities in the north.

We took a walk down past the markets and bazaar to the Norias Wheels. There are around 17 of these water wheels that remain and their sole purpose is to elevate the water so it can supply buildings at a higher level, it’s genius engineering.

For 500 years Hama had two of the largest waterwheels in the world and have been in operation since the 1200s. Most of which were spared during the civil war as Assad looked the retain control from the outset.

Hama is almost shaped like a bowl with everything running towards to centre. However similar to Aleppo there is a large raised area in the middle and was the place of Hama Castle. Aside from some excavation work, very little of this castle remains.

The castle which is said to date back to the Seleucids period of around 300BC has had it’s fair share of issues. First it was flattened by the 1157 Hama Earthquake before being rebuilt by the Zengids. From then it was again destroyed, this time by the Mongols in 1258 and rebuilt again, this time by the Baibers before losing its value by the Ottoman era and being entirely abandoned. 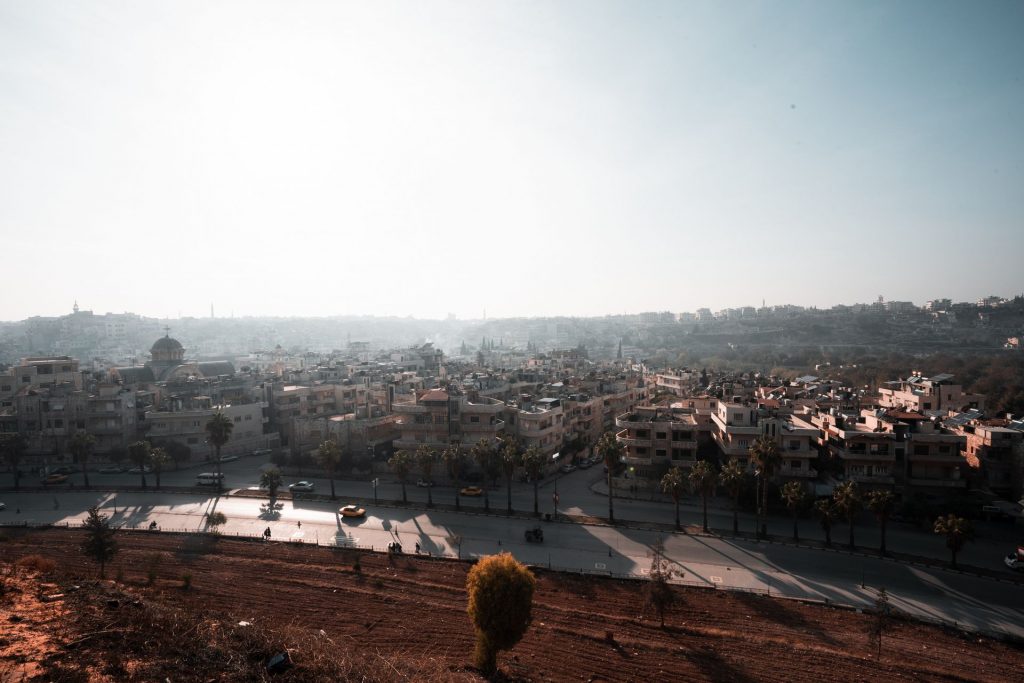 Shamem had expected this place to be closed, “it is always closed” he says. But after seeing our look of disappointment a little kid who was playing football knew the score and pushed the door open for us.

The mosque, built in 800AD, is impressive and we got an even more impressive tour by the caretaker who demanded my phone and took me around to all of the best spots for a photo.

The mosque was almost decimated during the 1982 uprising but then entirely restored. In its lifetime it has been a temple, a church and now remains a mosque since the Muslims entered Syria, like much of the mosques in Syria.

To the right of the main courtyard is a smaller courtyard leading to a mausoleum with two tombs of Ayyubid Kings; Saladin’s brother’s son and grandson. 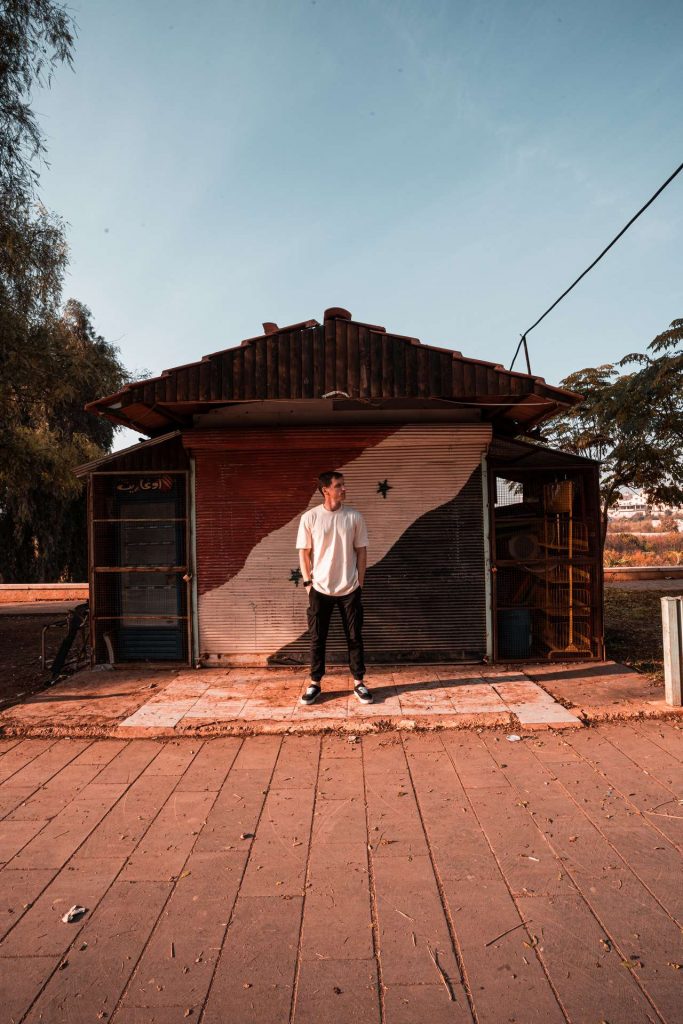 No viewpoint here will come close to Aleppo but it was nice to sit atop of the city and relax for a bit. That was until I was dragged by a few eager kids to take some photos 🤣. With no PlayStation or sport teams to attend, a lot of kids will be chilling on the street joking with one another. They were keen for the photos and from their reaction it was a highlight of their otherwise samey same day.

The guide, obviously seeing me chat to more locals and having thought of the time I spent with some friends in Aleppo asked me “not to visit many places with many people tonight” 🤣. Bless him, he has my best interests at heart but it was a highlight and I would do it again in a heartbeat.

The owner of the hotel is a real character with good English so my shity dry Irish jokes didn’t seem to get lost in translation! The restaurant in the hotel is probably one of the busiest and I could taste why. I had his recommendations of Chicken Tagine (like a stew) and was incredible.

The service was the most endearing I have ever experienced. Never thought I’d experience endearing service at a resto but there you go. The waiters would come over and move my cutlery about to how they felt it needed to be honest all they were doing was moving it back and forth from the previous waiters position, but I let them work away and gave them a thank you everytime.

There are a mass of waiters here, and what I would have thought was too much but they all seemed to be busy. A few restos at home could do with employing some of these guys.

As I finished the main, the waiters brought out more and more food along with cups of tea and refilled my water at every opportunity, I felt myself passing out! So I gave them the international sign language for “full” and rounded my belly like it had a baby in it. Although that still didn’t seem to work.

As it was half early I could sit for the rest of the night – journal and sisha pipe in hand. I’m not a smoker, very much suffer from even the slight waft of the fumes but a sisha in the Middle East is compulsory! 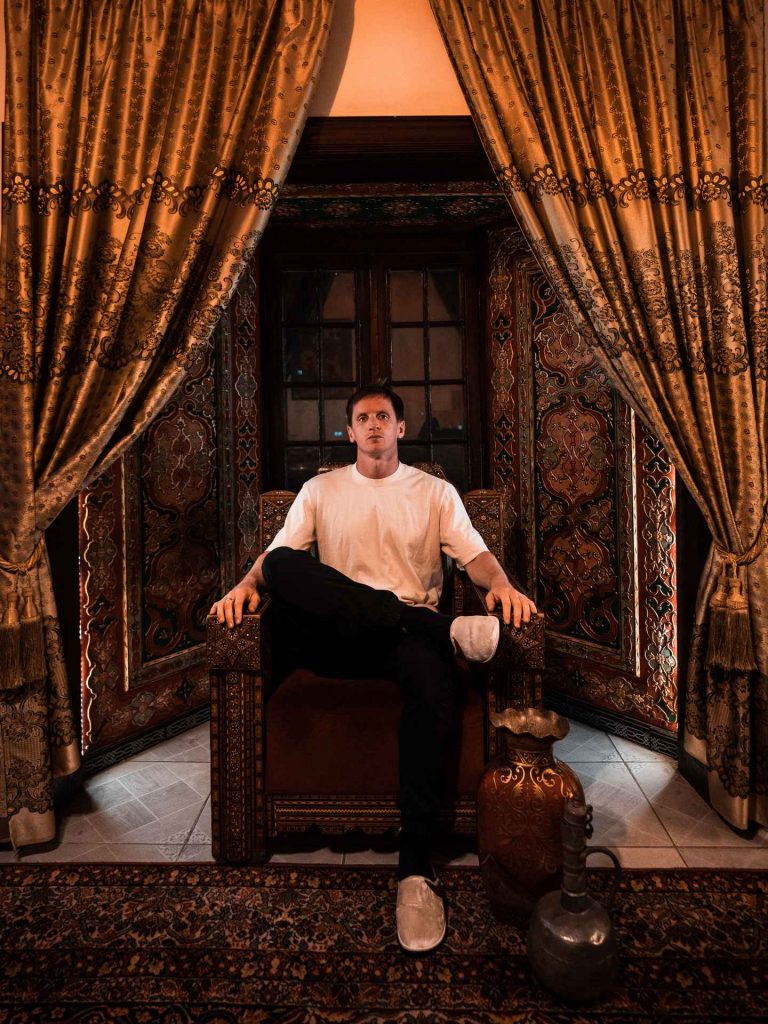 Again the waiters were up to their old tricks with restocking my sisha blocks even only 2 minutes after they were just replaced – their eagerness to work and please is very humbling and I couldn’t help but look up to that. Add that to getting “I love you” and “you are a great human” made me wonder what I did in a last life to deserve this treatment but obviously out came the camera and the selfies and they were all keen! I’ve already been humbled during my time at Aleppo so I’m not sure how much more of this emotion I can take! 100% these men were in for a good tip though!

After smoking my bodyweight in sisha it was time to crawl up to my Medieval brothel for a kip.

It’s no coincidence that my trip highlight always involves interactions with the locals.

A true wonder if the world in Palmyra!! Click to read.

This post is part of the The Syrian Series, for the entire series click here or for episode 1, click here.
To watch the video of my trip, head to my highlights on my Instagram. 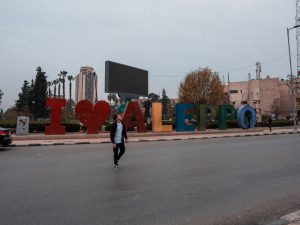 A DAY IN ALEPPO AND GENEROSITY OF NEW FRIENDS 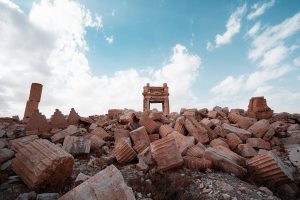 THE RUINED RUINS OF PALMYRA 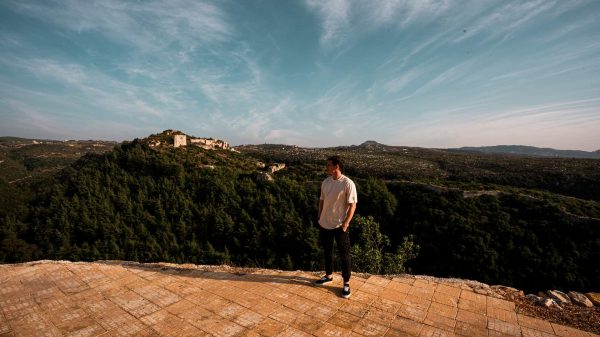 THE SYRIAN SERIES, DAY 4 LATAKIA – ALEPPO Getting lost through the devastation to Aleppo. After…
Read more

WHATS THE KRAK IN SYRIA 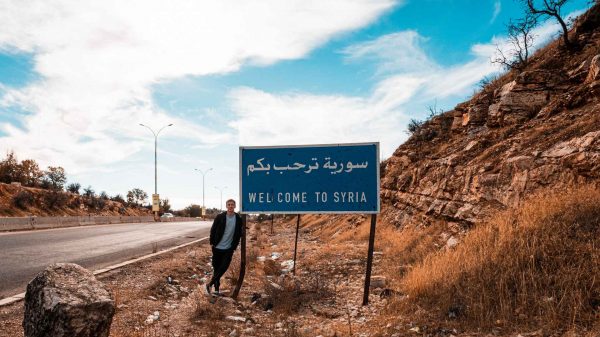