WAKING UP ON A DIFFERENT ISLAND5 min read

WAKING UP ON A DIFFERENT ISLAND

GETTING SPIKED OR JUST REALLY DRUNK

Just a few days to go until NYE Full Moon at Koh Phan-ghan and we are all looking forward to it. Few days ago a girl dandered into the hostel around 10am covered head to toe in illumious paint and in a terrible mess, Phil sarcastically asked her where she was HAHA. The 3 of us gave each other a look as we knew that would be us in 2 days time.

I HAD NO IDEA WHICH ISLAND I WAS ON

Not one to rest up for the biggest night of the year the entire room done the usual in the dorm; bottle of Sangsom and a few games with some Notorious XX playing in the background. Have to say the people in our room were all different but it was a great group.

Myself, Aled and Phil knew the Welsh guys that Nicola (Tits) met would take to us like a duck to water and if there was any sign of us slacking off the drink, those pair were going to make sure it didn’t happen.

After quite a bit of whiskey it was off to Lotus Bar which was jammed! Our nights only ever end up in complete mischief! Not one to snitch but Jac came up with the idea of getting better value for money from the drinks stall and to borrow and bottle of Sangsom, that was my first mistake which lead to me going AWOL.

How do you drink a bottle of rum in the bar you took it from? Easy, split it in your already full Sangsom Buckets then a forfeit for someone to down the rest. After topping up our buckets which were now as close to the top as Ive seen there was a quarter of the bottle still to go so we decided to play a game of 5s, which goes like this;

A bucket is kept in the middle of the group with each person keeping one finger on the rim. On the count of 3 each person must deicide to keep their finger on the bucket or remove it and it is taken in turns to guess how many fingers will remain. Well I was first up and guessed correctly and gave out a huge sigh of relief and a subtle fist pump.

However I was not told this was against the Gentlemen’s rules of imbibage and you were not permitted to celebrate but to take it gracefully. It was then I knew where this was headed and in the end it was me who was left staring at the 4 smug faces of my buddys. After a deep breath and zero delays I downed it in one and tried to take it well before carrying on with my night.

Little can be said about the rest of the night until 6am the following morning when I woke up below a park bench somewhere where I have never been. What was even more bizzare was that there were people casually sitting at the bench as if there wasn’t someone unconscious beneath them. I know Koh Tao pretty well and its not a big island by any stretch but I was so confused when I woke up.

I knew I was in Thailand but had no idea where I was before during or right at that moment, I had a complete mind blank. I had to resort to using google maps to see exactly where I was and as soon as it came up “Koh Tao” then I remember setting out a huge sigh of relief.

The booze might have just took its toll but at least everyone I was out with came looking for me when I disappeared….NOT! Cheers all 🤣! I’m sure the sound of “waking up on a different island” is hard to believe but its 100% the truth, I don’t think I’ve ever had a blackout quite like it. If I hadn’t of downed that bottle of rum and had the drink I had before it I would’ve bet my passport that my drink was spiked. With buckets it’s hard to keep an eye on it. Something I think could still have happened, but good to see my survivor instincts kicking in as I took refuge under a picnic table.

I took the next night off before new year and we all went to Thaita Italian Restaurant, hands down the best restaurant on Koh Tao. I must make it clear that its not a claim but a fact. Please visit if you have the chance and don’t forget to book ahead. The 5 of us guys ate ourselves into a food coma and it never felt so good! I only got to the dessert before I started to take photos but take my word for it! 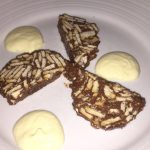 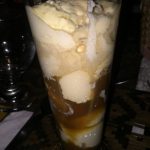 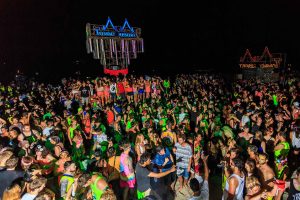 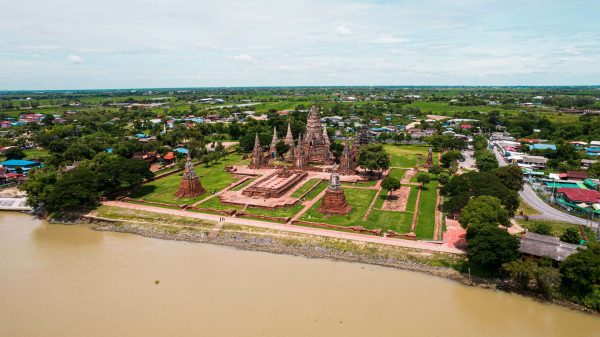 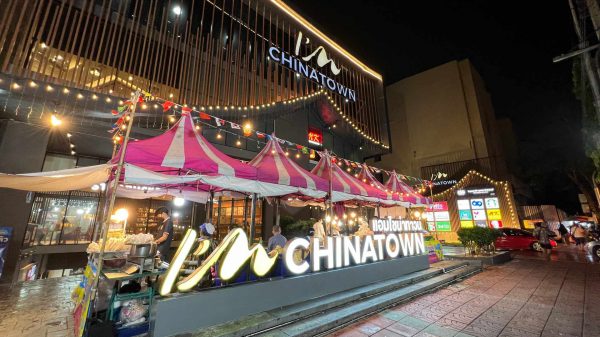 THE DAY TO END ALL DAYS IN BANGKOK 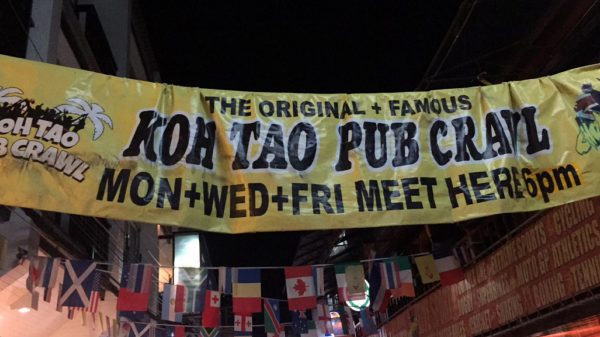 LADYBOYS, FALLING OFF BALCONIES AND FALLING DOWN STAIRS